Founded by Mark Boddington in 1985, discover how the boundary-pushing Silverlining Furniture has become the go-to furniture maker for the world’s elite. 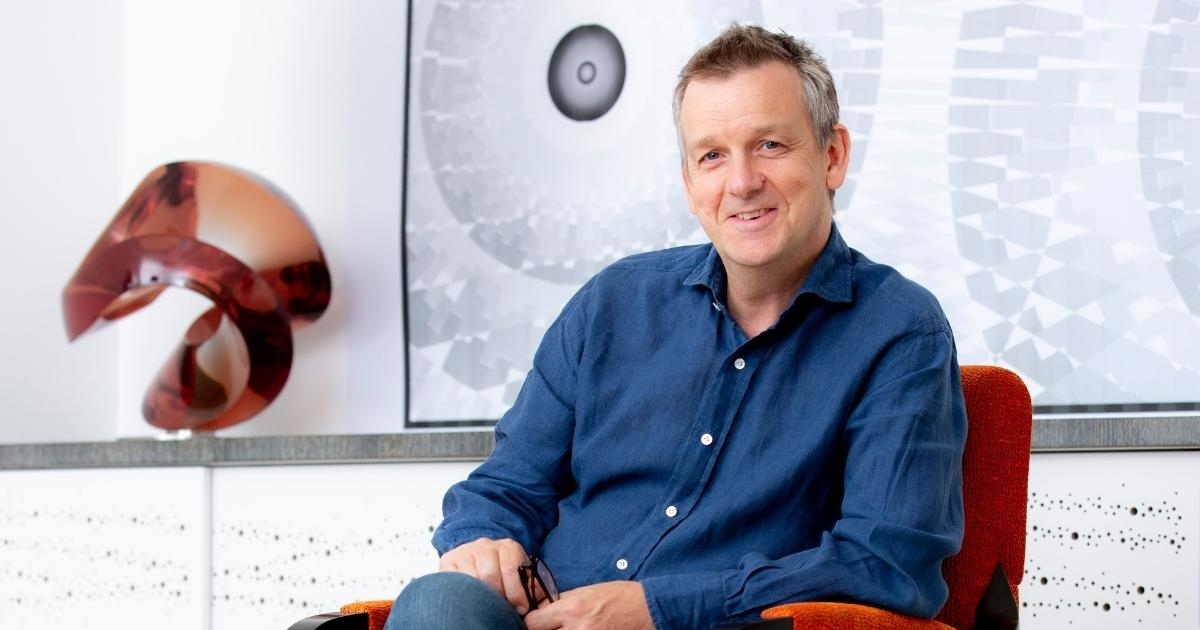 Ask anyone in the superyacht industry where to go for bespoke furniture and high chances are they’ll say Silverlining. Founded by Mark Boddington in 1985, Silverlining Furniture has become the go-to company for the world’s elite, specialising in one-of-a-kind pieces crafted using the most innovative technologies and techniques, many of which its craftspeople have invented themselves. Today, the company pushes the boundaries of furniture design, transforming pieces into works of art in their own right.

For Boddington, founder and chairman of Silverlining Furniture, beautiful design is his blood. – his great, great grandfather was a successful banker and an avid collector of Rossetti pictures. He owned 17, one of which is currently at the Tate. Boddington’s father comes from the Boddington’s beer dynasty and was an enthusiastic collector of arts and craft furniture in the early 20th century. Boddington’s mother, meanwhile, had a passion for arts and crafts and made everything herself, from curtains to upholstery. “It’s genetic,” he says. “I was always doing practical things with my mother and building things. I even hand-dug a two-acre water garden as a child.” 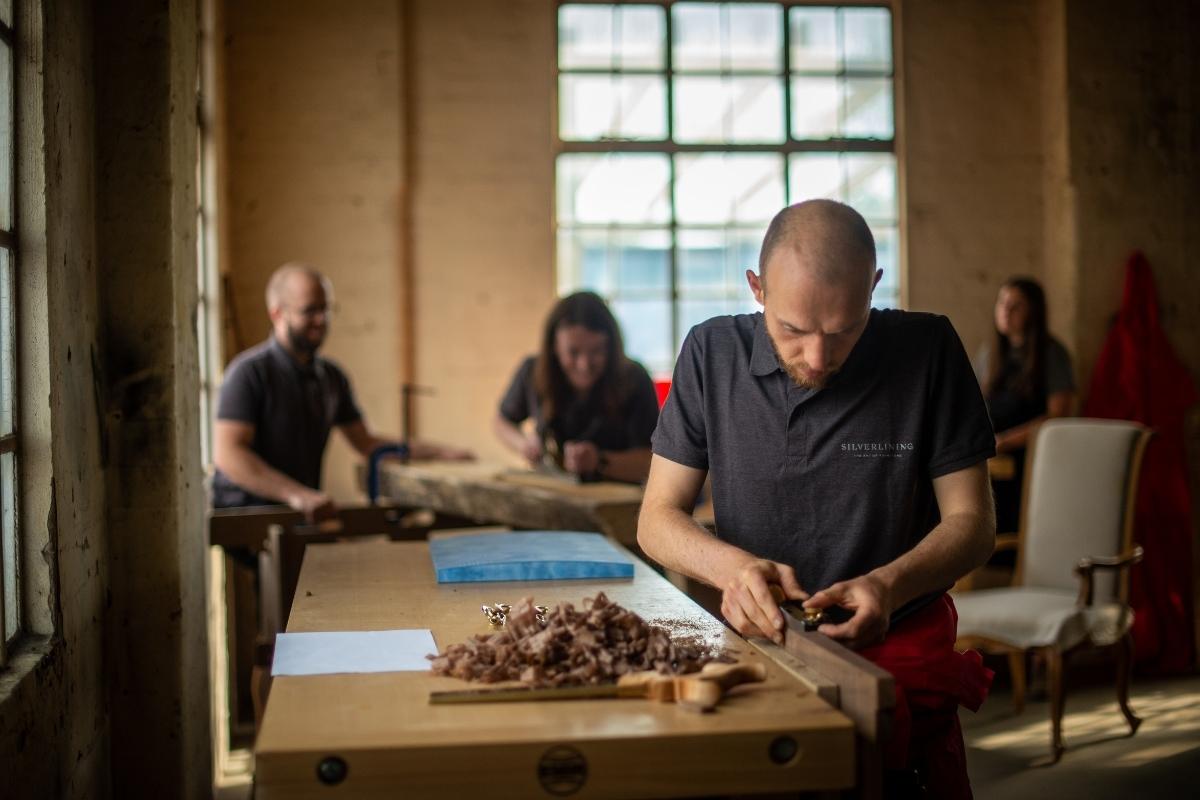 Boddington’s father wanted his son to study land management and move into the family business, which had diversified from beer brewing into restaurants, hotels and golf courses, but Boddington has other ideas. “I needed two As and a B to go to Reading University, I got Two Cs and a D, so that was the end of that,” he laughs. Instead, his sister encouraged him to do what he loved - furniture design at Parnham College. Clearly enthused with the entrepreneurial spirit of his ancestors, he built 13 pieces of furniture for his graduation show and set off on his own. “I set up a business at age 21, it just took 30 years to learn how to build it,” he says.

One of Boddington’s first mentors was interior designer John Stefanidis, through whom he got exposure to future clients including the Getty and Rothschild families. Realising that the Americans had a taste for British craftsmanship – and accents – he took a chance and travelled to America armed with a flat-packed table which he presented to architects across the states. On one cross-country flight, he struck up a conversation with a man who turned out to be actor Kevin Costner’s architect. Boddington went on to make furniture for Costner and other celebrities such as David Bowie, for whom he built a number of desks and dressing tables. “Bowie was really, really nice. At the end of it, he gave everyone a $200 note, which was a lot of money 20 years ago,” he reveals. 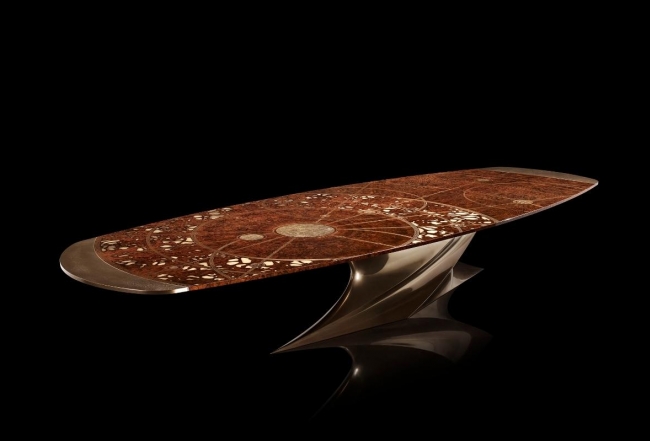 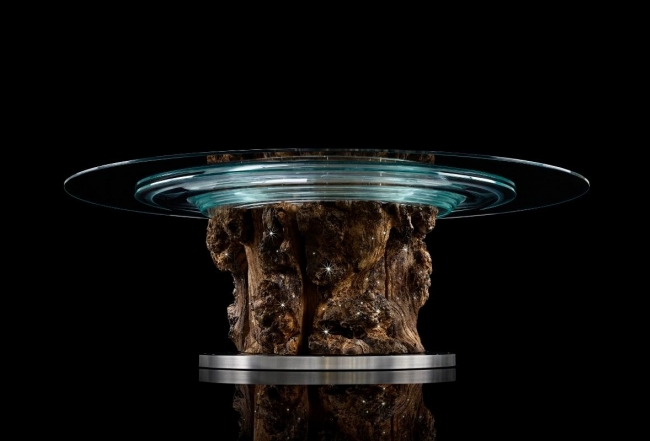 In 1995, Boddington picked up his first yacht project for Prince Jefri Bolkiah, which drew him into the nautical world for a number of years. For much of the 90s he worked almost exclusively with Russian boat owners. “At one time, 17 of the top 20 people on Russia’s rich list were clients of ours,” he says. “We were working for one oligarch after another and then in 2008 we had an awful recession and they all disappeared. We literally got down to one week’s work and I thought ‘I’m going to have to close this business’, but we sold one residential job which got us going again.”

Silverlining diversified and now the company works on residential, yacht and jet projects for clients on every continent in the world. One recent project was for 80 metre hybrid superyacht Arefact. 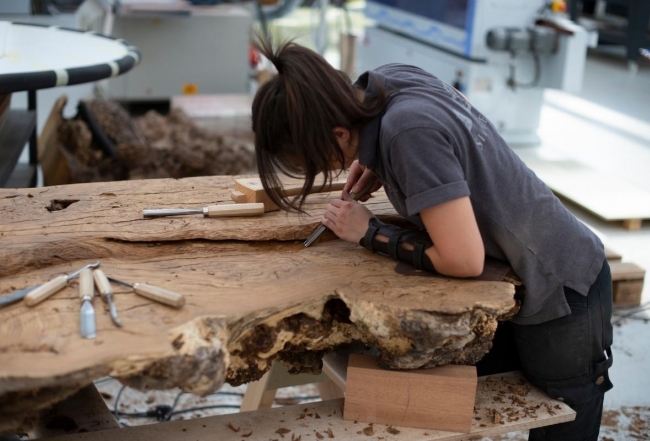 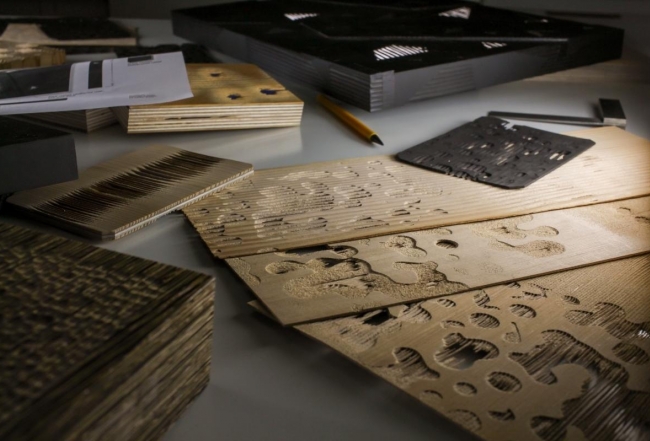 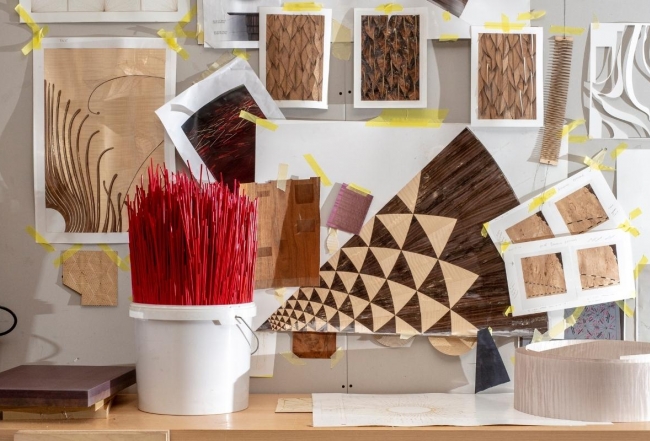 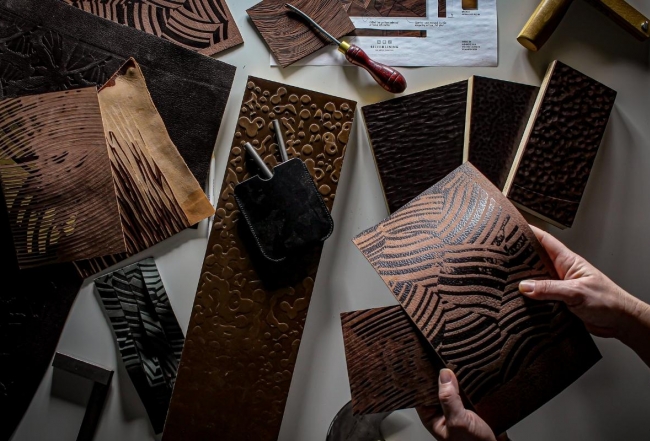 “The yacht world is extraordinary,” he says, speaking of working with project manager Captain Aaron T. Clark. “Because of whom the owner is and his background as an innovator, Clark wanted a yacht that was very innovative and efficient, so we had to craft pieces that were super light.” Silverlining designed a number of cabinets including a striking credenza; a fractal games table featuring secret drawers and games boards; and the eye-catching dining table etched with a cosmic pattern “because the owner is obsessed with planets”.

Creating a bespoke piece is highly personal and collaborative process which takes between a year and 18 months to complete due to the level of level of detail and technology involved. “We call it 21st century craftsmanship,” Boddington says. “We use 3D printing, we use robotic machines, and we use a lot of laser.” 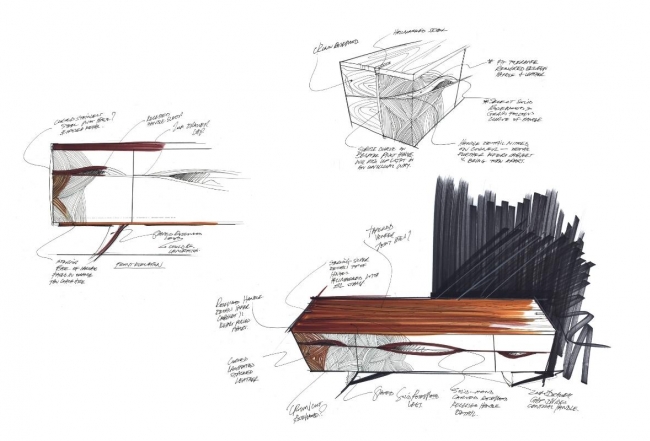 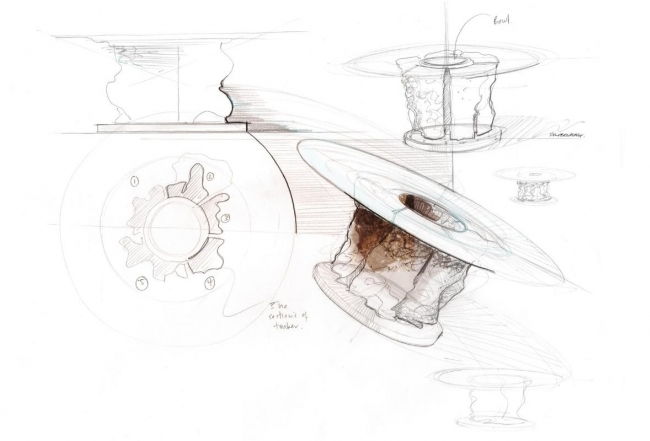 The team often invents fresh ways of working, such as using digital programmes to create patterns in seconds and developing lasers for micro-detailing. “Laser is usually traditionally used for cutting but we’ve developed lots of techniques to create texture. You could do this by hand, but it would take you weeks and weeks,” he says. “Technology has allowed us to advance craftsmanship. A lot of people don’t realise what’s possible until we show them.”

As part of the process, Silverlining invites clients to become a craftsperson for the day at the workshop in Wrexham, Wales. “A number of people have said this is the best thing they’ve done since creating their children,” Boddington reveals. “Sometimes their sense of fun in life has disappeared because of who they are. They just want to be normal human beings creating things.”

Boddington is equally committed to internal experimentation. Each week, Silverlining hosts “Innovation Friday” during which anyone in the company can play around with different tools. It’s often during this time that new techniques are development, often from mistakes, he reveals. 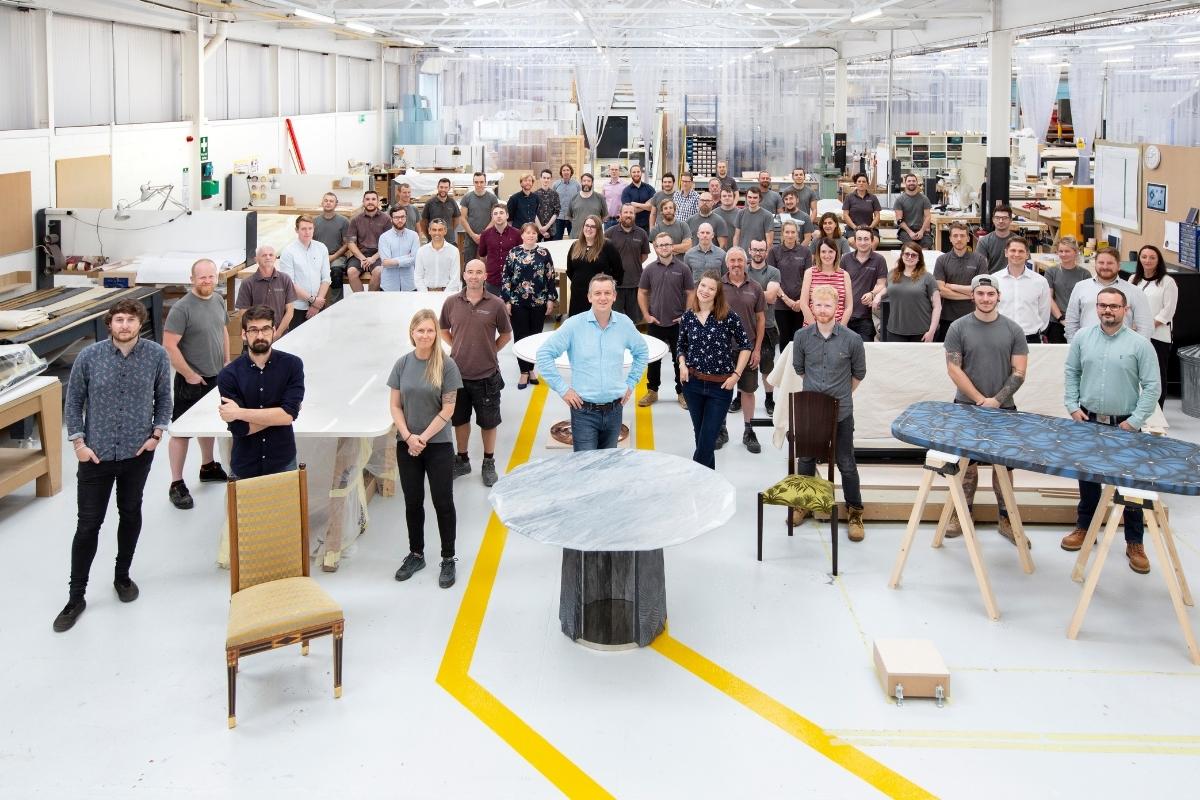 In 2021, Boddington set up the Silverlining Academy of Skills, a PhD-level training programme to recruit and train young craftspeople to eventually join the firm. “The average age of the company is only 29, but we’re really passionate about the next generation, also in terms of succession,” he says. “I’m 57 and I’ll probably be 75 before I know if my kids are interested in taking over or whether this will fall on the employee trust.”

But one thing’s for sure, Boddington’s creativity is already passing down to the next generation. “Our children look like they’re going to be creative”, he says. “Our son is only 11 and he’s already drawing yachts and helicopters."