“It’s been said that my work defies categorisation,” says designer Zaniz Jakubowski. “I’m unhampered by convention or trends – I’m driven by my clients. I want to enhance the human emotion of a space, so psychology is fundamental.” 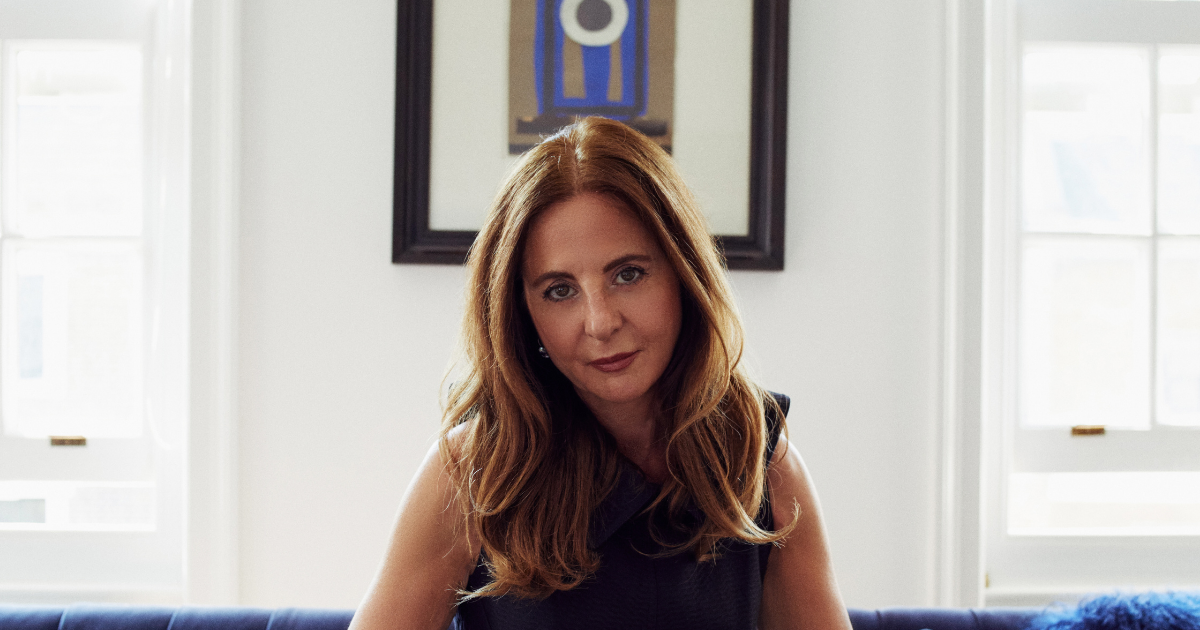 Zaniz is one of the industry’s most privately accomplished interior designers. From her bases in London, Tuscany and formerly New York, the publicity-shy English/American has decorated the homes of myriad high flyers in the US and the Middle East. She’s behind a number of high-profile commercial and residential urban spaces too, as well as notable nautical projects including superyacht Luminosity, SS Norway and the QE2.

Whether she’s designing for land or sea, Zaniz’s design philosophy is built around psychology. As a child, she read French philosopher Gaston Bachelard’s book The Poetics of Space which “had a great influence on how I think about space”. Later, while studying at the New York School of Interior Design in the 1980s, she became fascinated by the subject of environmental psychology. “On the course, we delved into what impacts people,” Zaniz says. “For example, I couldn’t understand why I had a deep-seeded dislike of plastic flowers. I realised it was because I grew up with a beautiful garden full of flowers, but my mother would always put plastic flowers in vases. It was when plastic first came out so it was a big deal to have plastic flowers but, as a child, I couldn’t understand why we never picked real ones from the garden.” 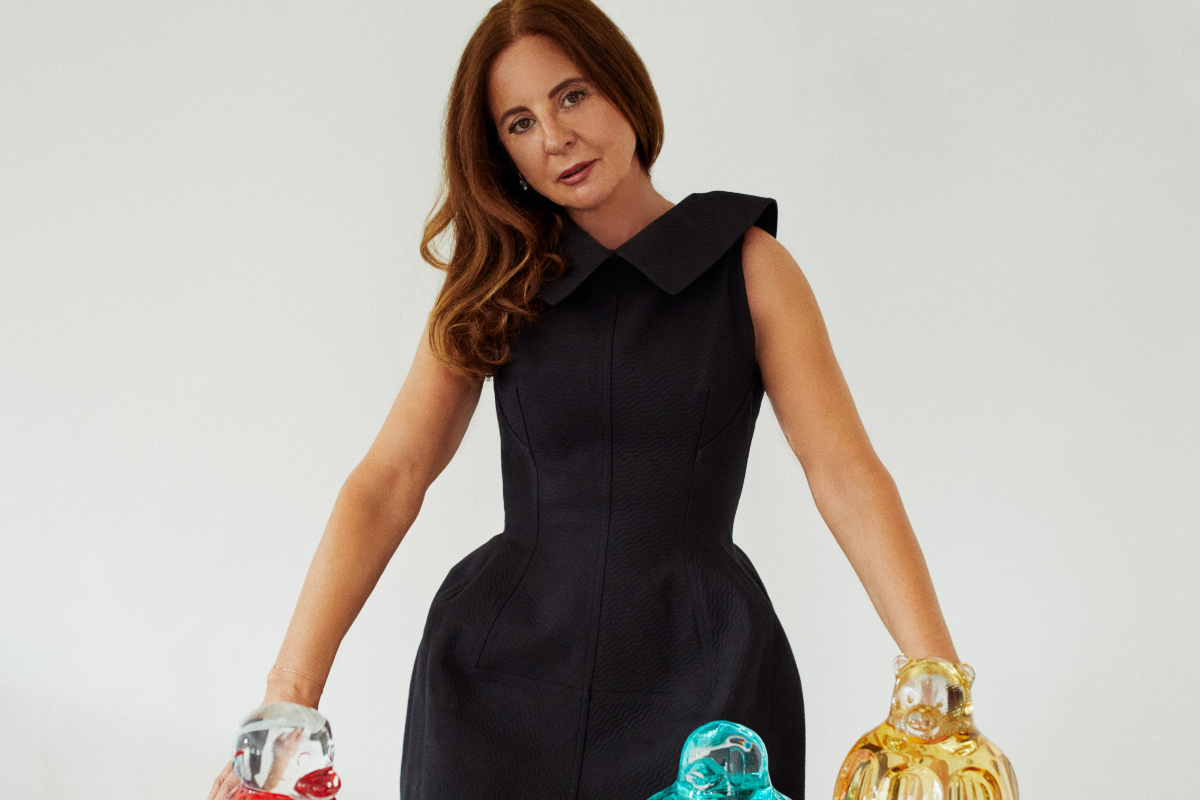 Zaniz has bases in London and Tuscany

She learnt that there’s more to design than aesthetics, with adult emotions often stemming from childhood memories. “If you used to play in your kitchen and it was a happy place as a child, that’s what you’re going to want as an adult. If, on the other hand, you were in a household where the kitchen was a forbidden zone, you’ve already got a negative association with that space,” the designer says.

Getting to know her clients on a deep level is, therefore, paramount. Zaniz does this through probing conversation as well as various psychological experiments designed to understand their unconscious tastes. For one Korean client who “didn’t know what he wanted”, she organised a trip a flower market in New York where she encouraged him to select all of the flowers that he liked. From there, she was able to gain insight into his tastes in terms of scale, style and colour.

For another client in New York, she arranged private tours of art galleries and museums including the Metropolitan Museum of Art, MoMA and The Guggenheim. “He was very successful – a millionaire at the age of 25. When I asked him what artists he liked, the question stumped him because he was a high school drop-out and nobody had ever taken the time to explain art to him. So, several Mondays in a row, when museums are closed to the public, I organised for curators to take us through the special pieces,” she says. “I learnt, through art, what he gravitated towards. Again, it’s to do with sense of scale, colour, subject matter, and so on.” 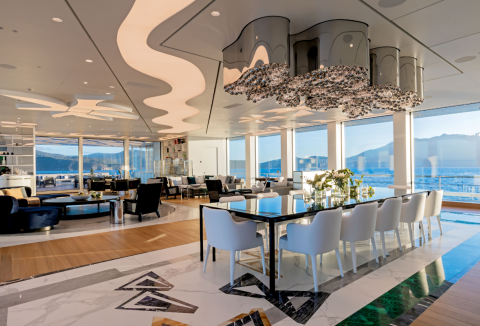 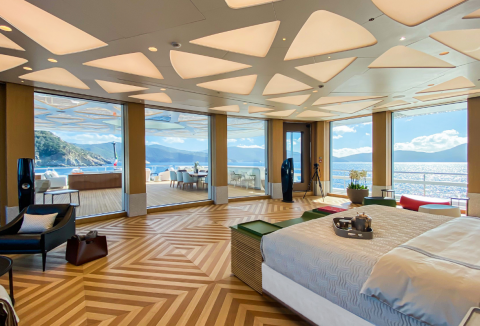 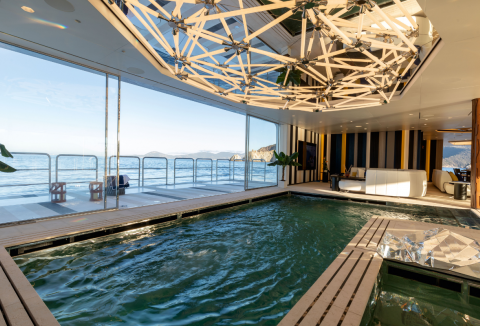 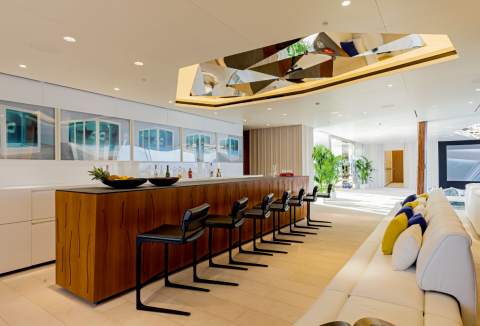 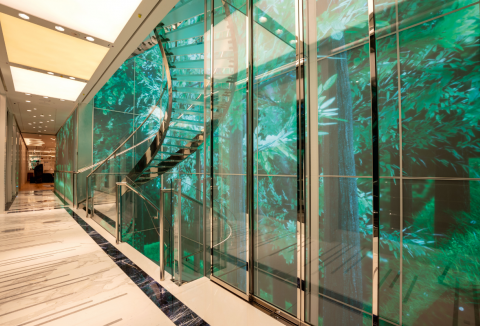 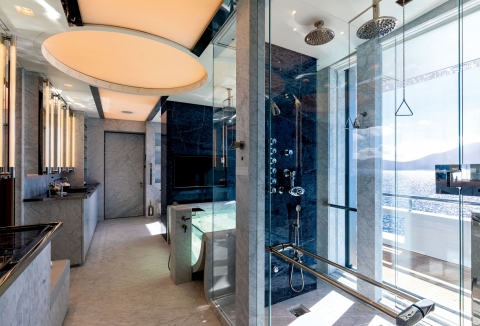 Zaniz doesn’t tell her clients that she’s conducting an experiment, however. “I want to get a sense of what they are drawn to because it feeds my information to be able to design for them,” she says. “But I don’t want somebody to know how I get there. I just want them to feel that they belong there.”

A prime example is her recent project Luminosity, a giant 108m superyacht built by Italian shipyard Benetti, where Zaniz Studio was in charge of both the interior and exterior design. It’s currently for sale through Burgess and Fraser for €225 million.

“Knowing specific things about the client enabled me to create metaphors which made the design stronger,” she says. “To be able to say, ‘your desk is made in the style of a watch strap because you have a collection of watches’, or ‘your study ceiling has been carved into segments of 12 with precious stones for every hour to remind you that time is precious’ – all those things tie into environmental psychology. I don’t care that most people won’t notice these details. What’s important is that the client has an emotional response.”

Zaniz designed Luminosity around the concept of light. She utilised design vehicles to create the feeling of outdoor space inside, opening up walls and using design to allow light to cascade throughout the yacht and its six decks. The most striking feature is the 18-metre-high entryway featuring a glass lift that propels you towards the sky. The backdrop is a high tech interactive forest wall featuring built-in sensors that track your movements and inspire ‘butterflies’ to fly alongside you. 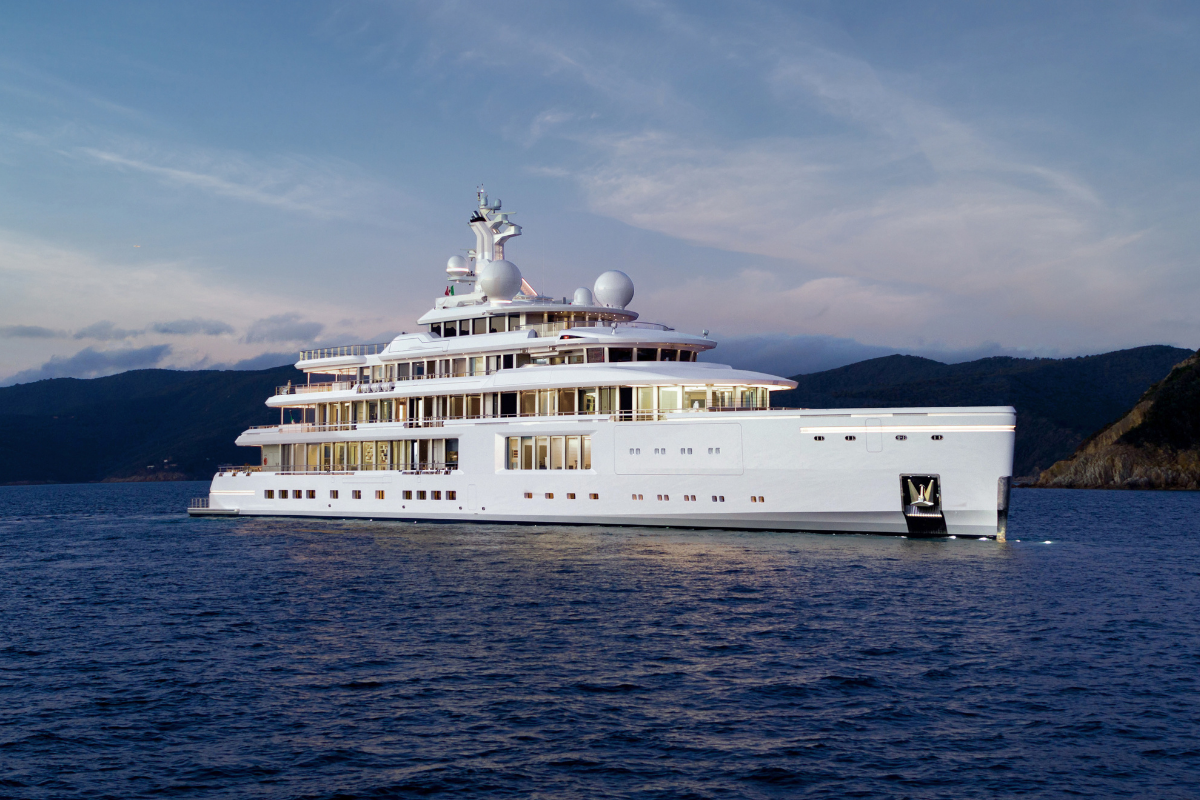 Zaniz is beind the interior design of MY Luminosity

“I didn't want the physical restraints of walls,” she says. “This, again, goes back to environmental psychology. Opaque walls block us into a space, so I’ve been exploring the idea of invisible walls for many years. I keep trying to find ways of using them to make it feel that your space actually expands, whether it's through some sort of reflective material or, in this case, the design of the 3D moving forest wall where you have interactive butterflies following you while the trees move slightly as though there's a slight breeze in the hallway.”

The yacht is packed full of cutting-edge features, including a specially designed interactive art piece in the main salon called ‘264 Flowers In Motion © Zaniz Jakubowski’. “It's based on the magnolia flower,” Zaniz says.

Modern technology is a major interest to Zaniz, who spent much of lockdown studying up and coming innovations and exploring how she could incorporate them into her work. “I’m currently putting a lot of my energy into virtual reality. I’d love to create the world’s first virtual hotel – this is a project I started in 1989,” she says. “I love to push boundaries. Perhaps that's why I still want to design the space station. That would be the biggest challenge possible because you're not only dealing with very limited space, you're dealing with a lack of gravity.”

Whatever the project, whether it’s on land, sea or even in space, everything comes back to the emotion of the space and how Zaniz can enhance and transform mood through design. “One of the essential ingredients of my philosophy is a sense of whimsical playfulness,” she says. “I’m trying to take you to a magical place built just for you.”

Taking Superyacht Adventure to the Next Level with Ben Lyons, CEO of EYOS Expeditions

Into the Blue: Underwater Adventures with Rodolphe Holler