Delve into the life and work of the music-loving New Zealander who has built and run three beautiful yachts - Spirit, Four Wishes, and now, Artefact. 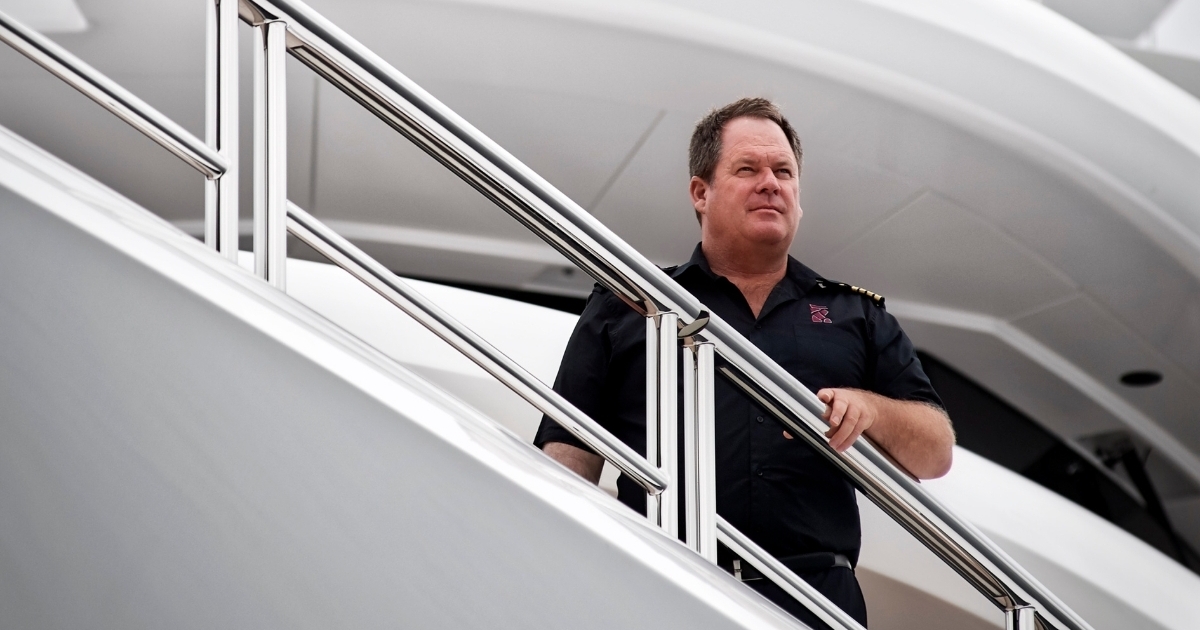 “I like to stand here with my sax and play blues as we’re cruising along,” says Captain Aaron T. Clark as Rebel Rebel by David Bowie blares from speakers on the bridge of 80m superyacht Artefact. “Looking out into the ocean, with dolphins jumping alongside – I’ll never take that for granted. I really understand the privilege of what I do.”

Clark has been a captain in the commercial sector since he was 18, inspired by his father who was also a captain. During his 25 year career in yachting he’s worked on three vessels – charter yachts Spirit and Four Wishes, and now, Artefact, privately owned by a global tech mogul. Unlike many of his peers, who move between vessels every few months or years, Clark prefers to stay in one place: “I’m not jumping around the place. I like to perfect what I do. I have a 10 year contract here – I'm seven years into it and I just extended it another two.”

One of the reasons for his lengthy contracts is that as well as captaining the yachts he works on, Clark collaborates with the owners to build them from the ground-up. “All three boats I’ve built and operated, and all three boats have been for owners who’ve never owned boats before. Two of them have been engineers,” he says. 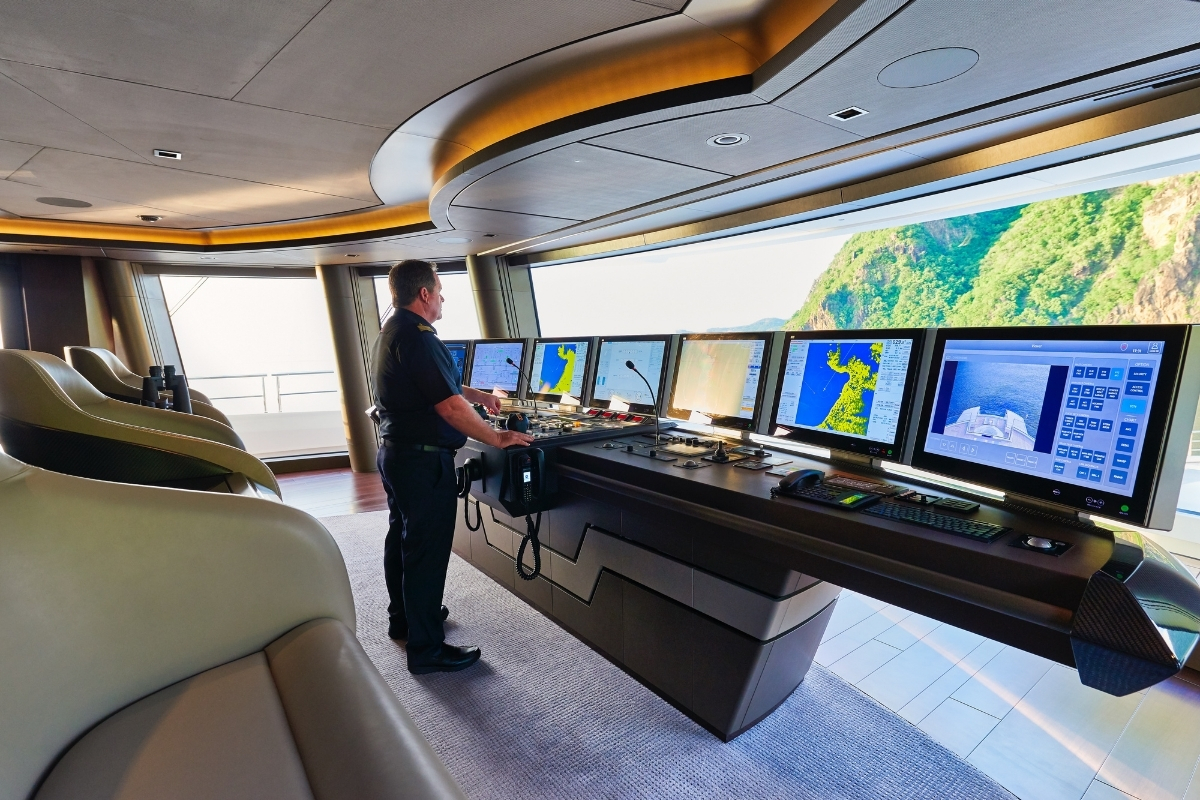 This gives the New Zealander a sense of physical responsibility. It’s also of great benefit to the owners. After all, who knows a yacht and its needs better than its captain? There are costs to be saved, too. In the planning stage, Clark worked with the design and architecture teams to meticulously plan everything – from the arrangement of cabinets in the galley to the operational flow of the crew throughout the yacht. In the end, the build, which was seven years in development, came in just 1.2% over budget: “I’ve heard of boats being 120% over,” he says. “People are impatient, but good things take time.”

For Clark, building a yacht from scratch comes with another major bonus. Just look at the captain’s cabin, which comes complete with a double bed, wraparound windows, a private terrace and, of course, a space for his saxophone. “I told the owner, ‘if you ever want to sell this boat, all you’ve got to do is send the captain to look at the cabin. Don’t worry about sending the owner!’ he jokes. Clark’s wife Alyssa also works on board as Chief Stewardess, assisting him in the daily running of the vessel. 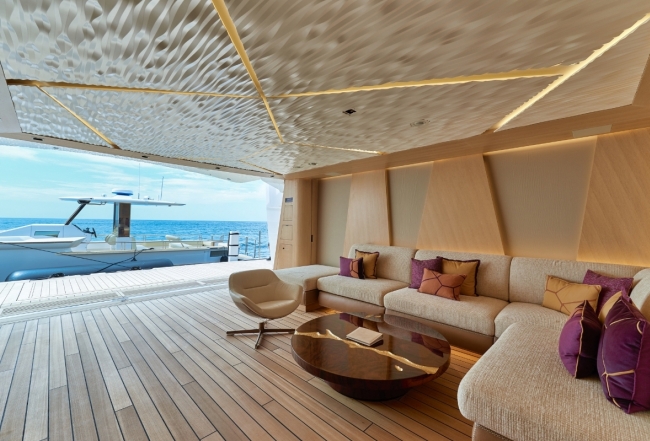 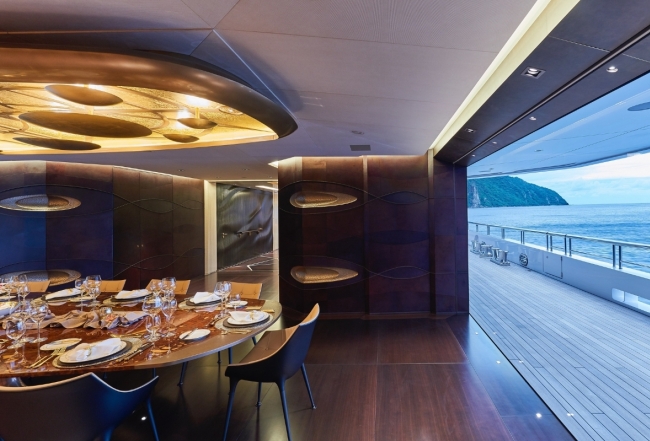 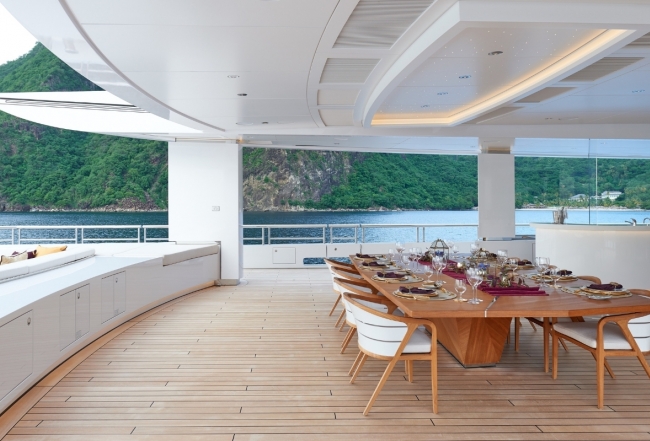 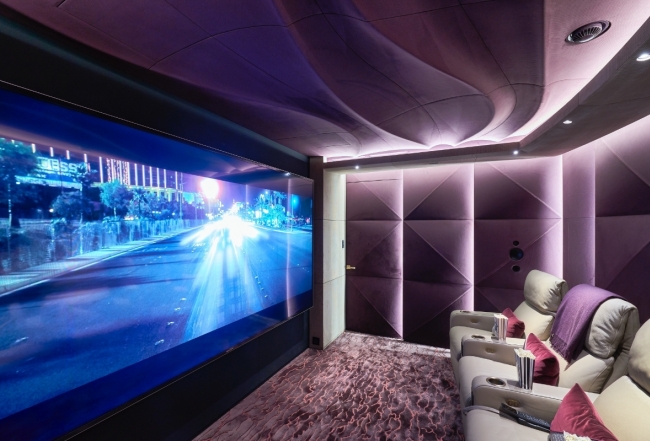 During his career, Clark has been lucky enough to sail to some of the best places on the globe, but for him, the highlight of his job can’t be defined by one element. “It’s all interconnected – the maintenance, the planning and the guest satisfaction,” he says. “The guest and the crew satisfaction are really important to me because you can’t have one without the other. You have to have a synergy and select the right people to be with the right people. I think what I do is really simple, but a lot of people say it’s quite complex.”

A testament to his success, Clark won Charter Captain of the Year three times at the Monaco Yacht Show. “No-one’s ever won it twice – I’ve won it three times,” he says. “People used to come to me and ask what I do differently, but I said, ‘it’s not what I’m doing, it’s what you’re not doing.’”

“To me, it’s simple. You have to be selfless, not selfish – that’s one thing that a lot of people don’t get the concept of. A lot of captains don’t realise you’re a servant. The skills of driving and doing all that stuff should just come – when you hop on an aeroplane, you expect that that pilot can fly.”

For Clark, the magic comes from creating unforgettable experiences that go above and beyond expectations. “The trick is trying to create your own world to escape to when you step on board these yachts,” he says. “When we went to Capri, there were 30 yachts sitting in one place and I took the boat to a sheltered bay with a bit of privacy. My boss asked, ‘what are you doing over here?’ and I’m said, ‘well, if you want to go to an RV park, we can go over there’.”

“When I said ‘let’s have lunch in one of my favourite places’, they thought we were going to a restaurant ashore, but I took them around the western side where there’s a deep bay. We drove in, pressed DP (dynamic positioning) and had lunch there, 50 metres off the breathtaking cliffs.  As lunch went by, we did the rotating restaurant thing, moving so the sun didn’t hit the table. Using DP is an experience like you wouldn’t believe. Food tastes better, wine tastes better, everyone else becomes more beautiful and the world becomes a better place!” 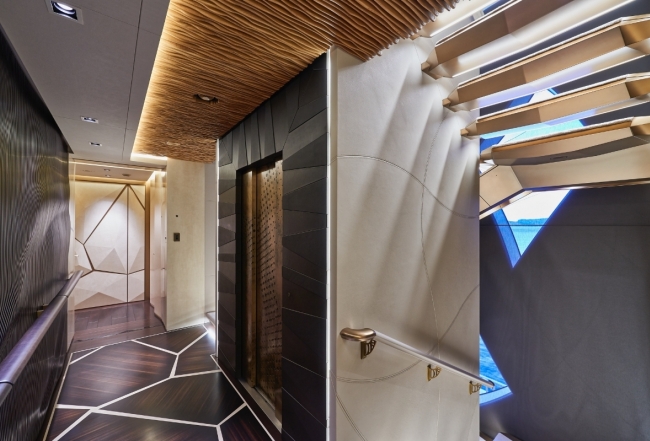 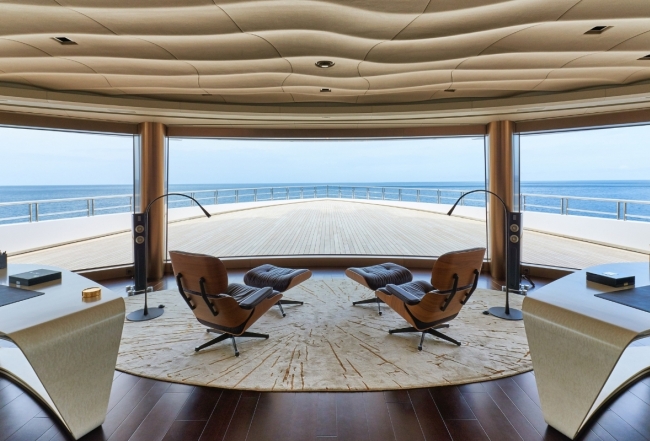 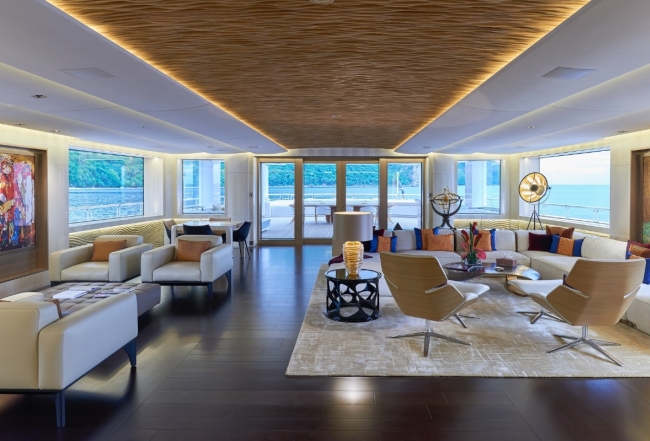 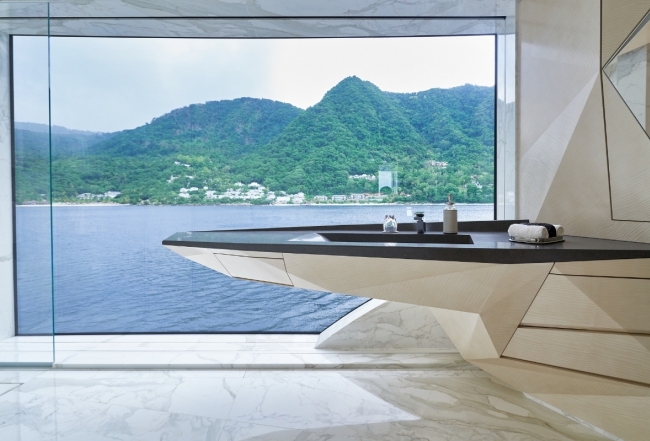 When picking yachts to work on, it’s more about the owner than the yacht, Clark says. “I’ve always believed it’s who I work for, not where.  It’s important that my boss be someone with a high level of integrity.”

With Artefact, he was lucky as the owner shared Clark’s aspiration to build a trend-setting vessel. “He's an engineer and a very innovative man – everyone still enjoys the inventions he has created,” says Clark. “He wanted to do something that was different. He didn't want a boat that looked the same as everybody else’s. He didn't want a typically-engineered boat. He wanted a boat that was going to last for quite some time. So, we wanted a future-proof boat, putting technology in there that was advanced.”

The result was a hybrid diesel-electric yacht which has won awards for her technological prowess and bold design. Built by Nobiskrug with exterior design by Gregory C. Marshall Naval Architects, Artefact, at 2,999 gross tons, is the highest volume 80 metre yacht on the water. Instantly recognisable by her bold, geometric glass windows, she also features an incredible 750sqm of glass. 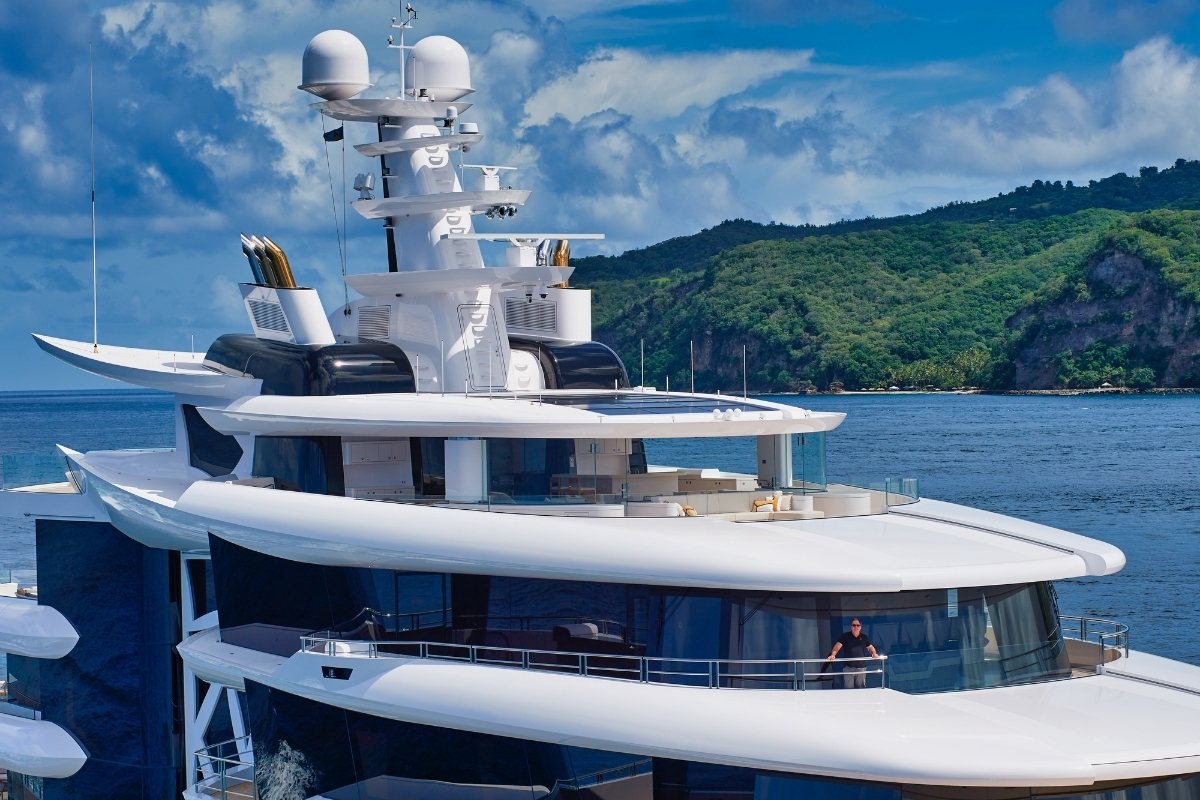 Clark’s favourite element of the yacht is its DP (dynamic positioning) capabilities. “It’s amazing,” he says. “We could be sitting here and the sun shines in, so we turn the boat. Then, I stop the boat so that when the owner wakes up in the morning, he's got the most stunning view from his bathroom. And then when he goes to his office, I turn the boat again. When his wife gets up, I turn the boat around, and again when they have breakfast. I change the view all the time to enhance the guests’ experience throughout the whole journey.”

The yacht has a lot of power and torque, which makes it fun to drive and fit into small spaces, despite her size, he says. “The difference between this boat and a conventionally-driven boat is the latter performs like a fixed wing aeroplane. This is like a helicopter to drive, so you can do some real cool stuff with it. It really moves and spins. You’ve got two two metre propellers capable of turning to any angle within 360° and they just push the boat around to any position desired. It’s like a tail that wags a dog.”

It’s also surprisingly quiet. “You can’t hear it at all,” Clark says. “Often, the owner asks when we’re going to leave, when our departure had already been 20 minutes ago. It’s a different way to drive because there’s no feeling, so you’ve got to be really attentive. It helps if you’ve sailed – I sailed a lot when I was younger.”

His passions extend beyond sailing, however. As well as music, he takes a keen interest in astronomy.  “I can tell you when full moons are. I can tell you what angle it is at Stromboli, and what time and day it’s better to go there – for instance, not on full moon but the day after that. I’ll plan a journey to follow the moon all the way until it rises over the volcano. If you’ve got an imagination, little things like that can make the experience phenomenal.”

Taking Superyacht Adventure to the Next Level with EYOS