Known as the biggest street party on earth, Carnival festivities start just after Christmas and continue to Ash Wednesday. Here, photographers are drawn to capture the emotive elements of Carnival through extraordinary portraits. 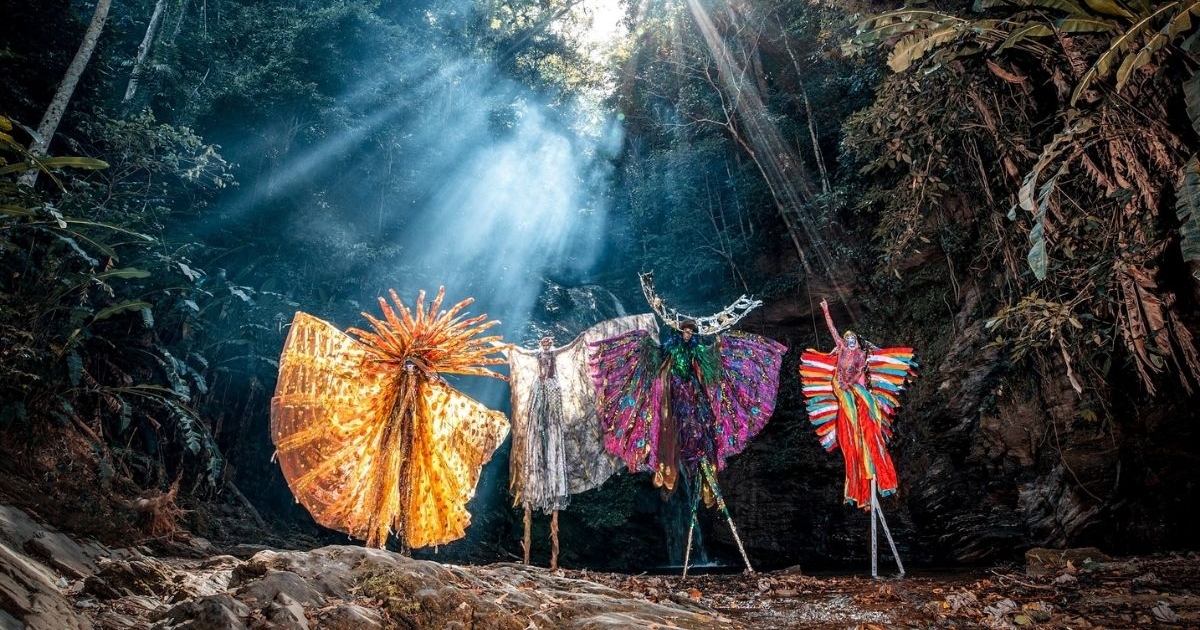 Despite being a pleasant afternoon’s sail apart, the dual islands of Trinidad and Tobago are one nation. Claimed in the name of Spain by Columbus in 1498, in turn the islanders experienced the control of the French, Dutch and British, and slavery darkened its timeline from the 1600s until it was abolished in the 1830s.

The British made Tobago a ward of Trinidad towards the end of the 19th century, and its independence was signed in the early 60s before the Republic was established in 1976.

Enjoying a tropical climate year round, the north eastern trade winds blow in a comfortable breeze throughout the year to temper the heat. The lush landscape reflects the rainfall of the wet season from June to December, while the cooler climes of the dry season from January to May make the islands a popular stopover for cruising yachts.

This most southern island country in the Caribbean lies within crystal clear waters off the coast of Venezuela. Rich in nature, tradition, music and culture the ‘Trinis’ or ‘Trinbagonians’ are inherently friendly people accepting of the many different national, ethnic and religious origins of their neighbours, so much so that festivals of religion are considered a celebration for all.

The national motto is "Together we aspire, together we achieve” and this is tangible in the extraordinary carnival culture of the islanders, where everyone plays a part. Known as the biggest street party on earth, Carnival festivities start just after Christmas and continue to Ash Wednesday.

Jason Audain is a Trinidad-born photographer drawn to capture the emotive elements of Carnival through extraordinary portraits. Jason is a self-taught photographer who admits to learning the skills of his trade on YouTube but, seeing his work, it’s clear that online tutorials merely lent his natural talent a hand. Jason’s work captures passion: compelling characters caught in an act of ritualistic vibration as fundamental as the earth they dance upon. 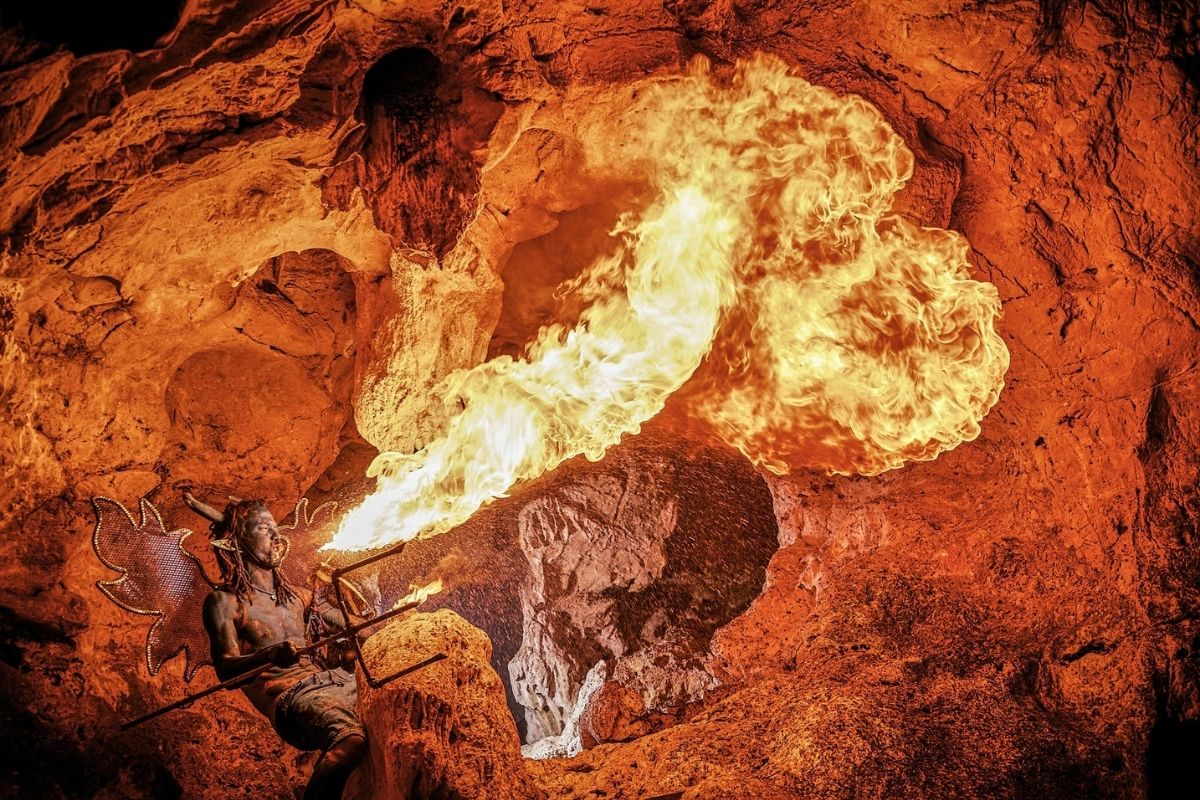 It is storytelling, pure and simple, for within Carnival is the history of the land: its tradition, its music, the colour, the struggle of its people and its liberation. The islanders share an extraordinary drive to continue the development of their Carnival, with costumes being created tirelessly over the year, from the climax of one Carnival to the start of the next, ever more elaborate and more exuberant than the year before.

To make this possible, ‘Susu’ or ‘sou-sou’ is a form of credit used on the islands, an informal savings club through a small group of people, allowing the locals to save and buy materials for their costumes. It’s also known as a merry go round of money, fuelling a commitment to create the most outlandish fashion in which they will party till the sun rises three days hence. 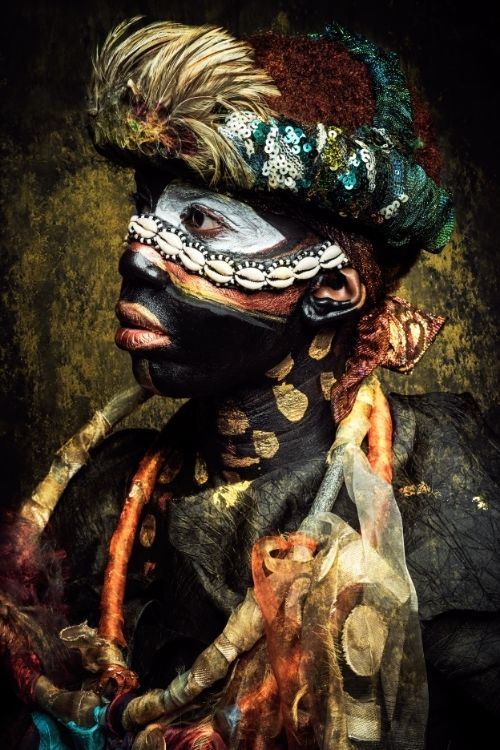 The Swirling Spirit of the Middle Passage by Jason Audain

Jason’s goal is to tell the stories of the land through his lens; his Carnival portfolio is dramatic, capturing the most exquisite detail of emotion in his subject. His landscapes and seascapes are equally powerful and his love for the islands is tangible. The viewer experiences a Trinidad and Tobago of charm, passion and beauty, and the overriding sense that visitors are more than welcome.

Capturing the intrinsic energy of the islands defines the direction of photographer Nadia Huggins. Originally from St Vincent and the Grenadines and now based in Trinidad, Nadia observes what she calls ‘the everyday’, the natural light and movement of the island’s landscape and wilderness. The detail of the subject will show itself to the patient watcher and this is what Nadia waits for, often spending days away in natural reserves. Inspired by the geological formation of the land, she looks for bold and distinctive subjects, seeking to instil a sense of timeless possibility and the understanding of change. 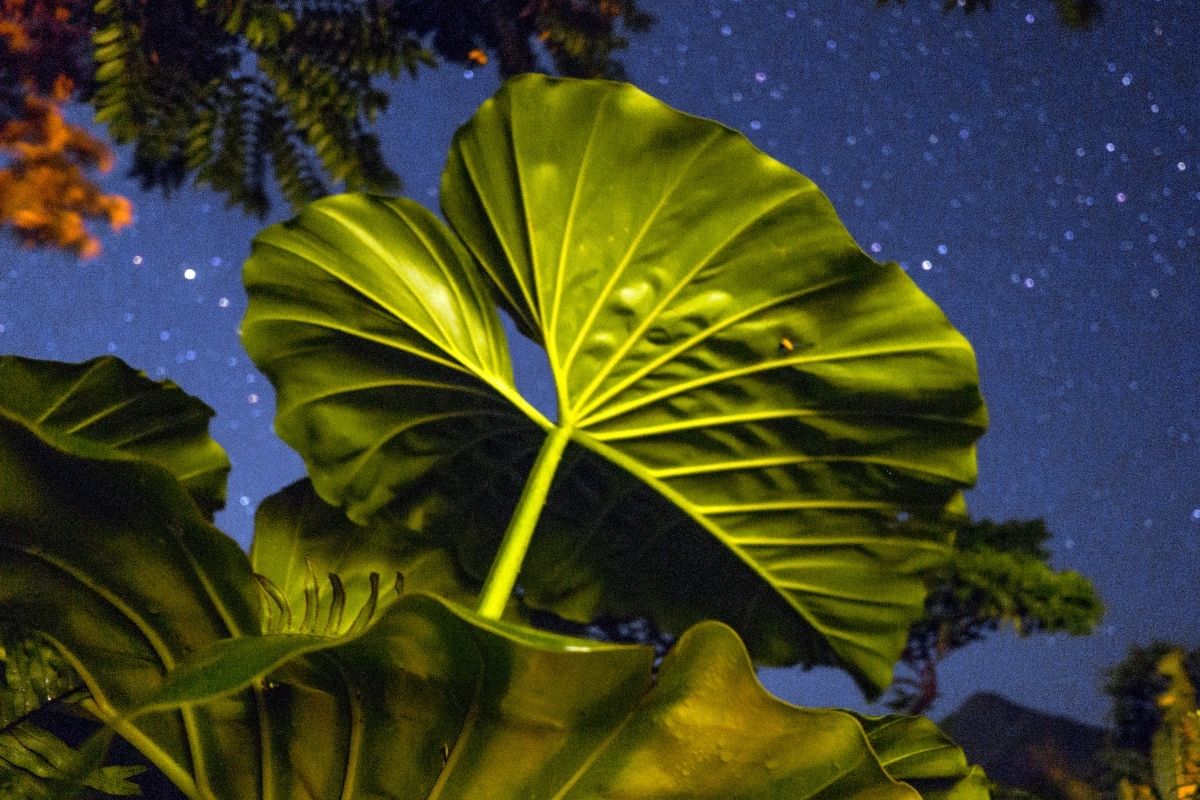 Seeking to engage and inspire, Nadia is sensitive to the boundaries of nature and the ever-changing line that must be drawn to preserve and protect the environment. The wilderness of the islands is precious and its natural resources are protected, but the need to develop the economy is ever present, fuelling a sense of urgency to record the untamed landscape as it is today. Living on an island, Nadia’s work with water is also poignant, using a series of filters to distort the perspective from land to sea. 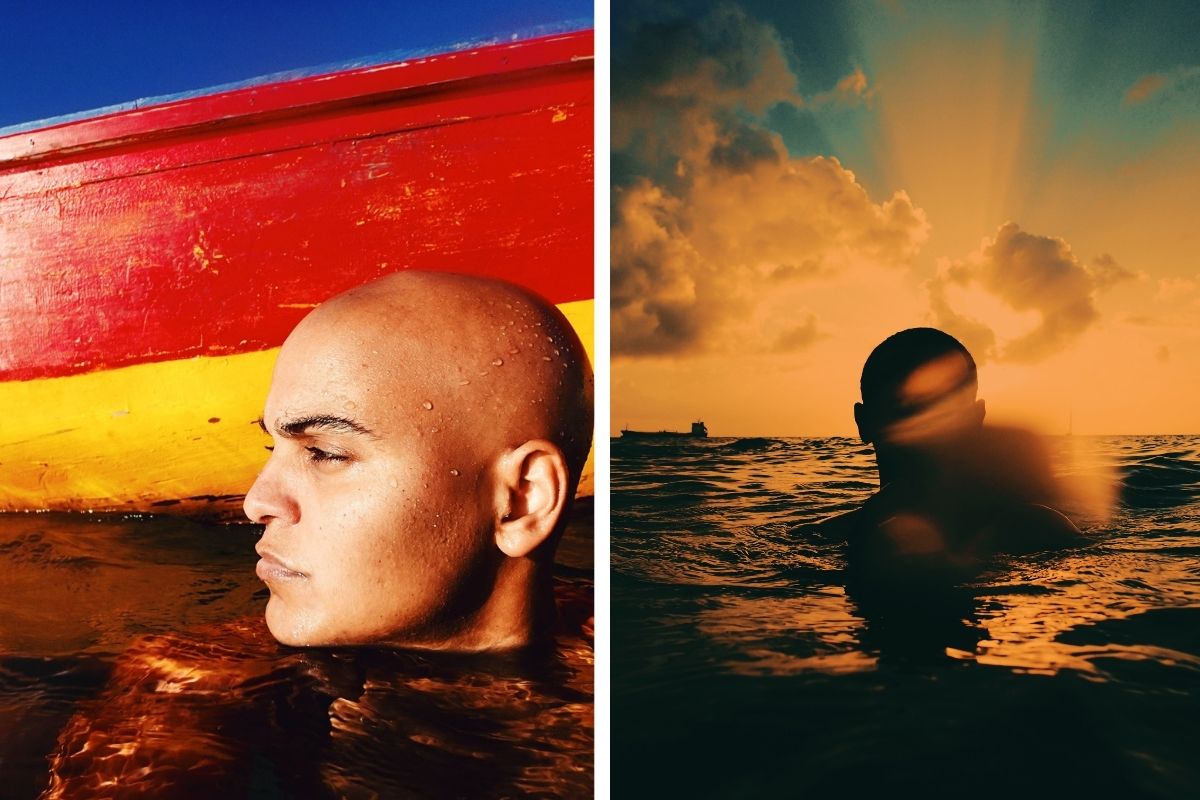 Connection is important to the artist, and Nadia feels passionately that people need to visit, feel and understand the character of the islands to be captivated by their magic.

Brendan Delzin first connected with a camera after years observing wildlife as a keen hiker. Inspired by nature and the peace he found in the countryside, his work reflects his isolation and solitude with the silent message to slow down, relax and just be. With his patience and inner calm, he captures a stillness that feels intensely intimate, yet his photographs are rarely edited. He identifies as an observer believing that nature provides her own filters and light; natural beauty is ever present, and one must merely be patient, be at peace and watch. 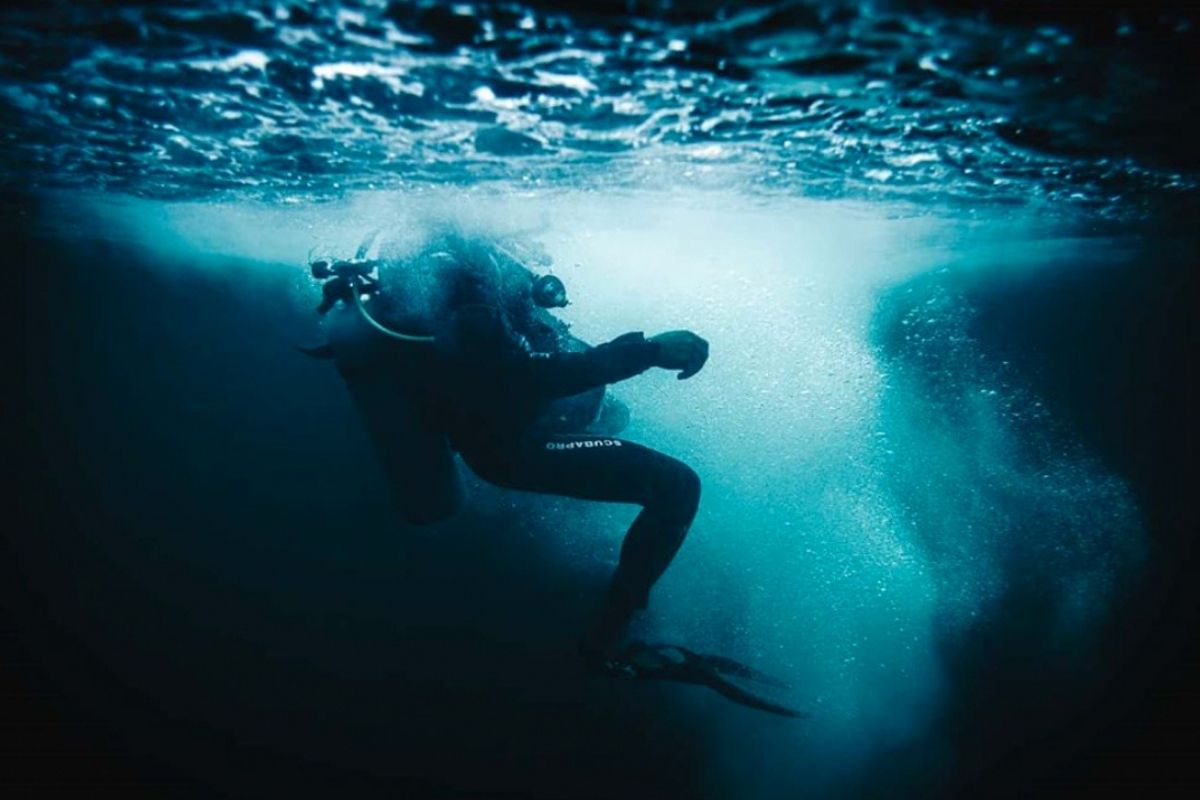 Brendan’s early inspiration came from The Explorer Magazine of the 1950s and ‘60s and the artist Michel-Jean Cazabon - the first Trinidadian painter to become internationally known – made famous by his landscapes and his portraits of planters and merchants in the 19th century. Brendan is keen to continue to record the life and times of the island, including its people who, despite being so poor, he describes as immensely generous in spirit. For now, he chooses to keep this work quite private. 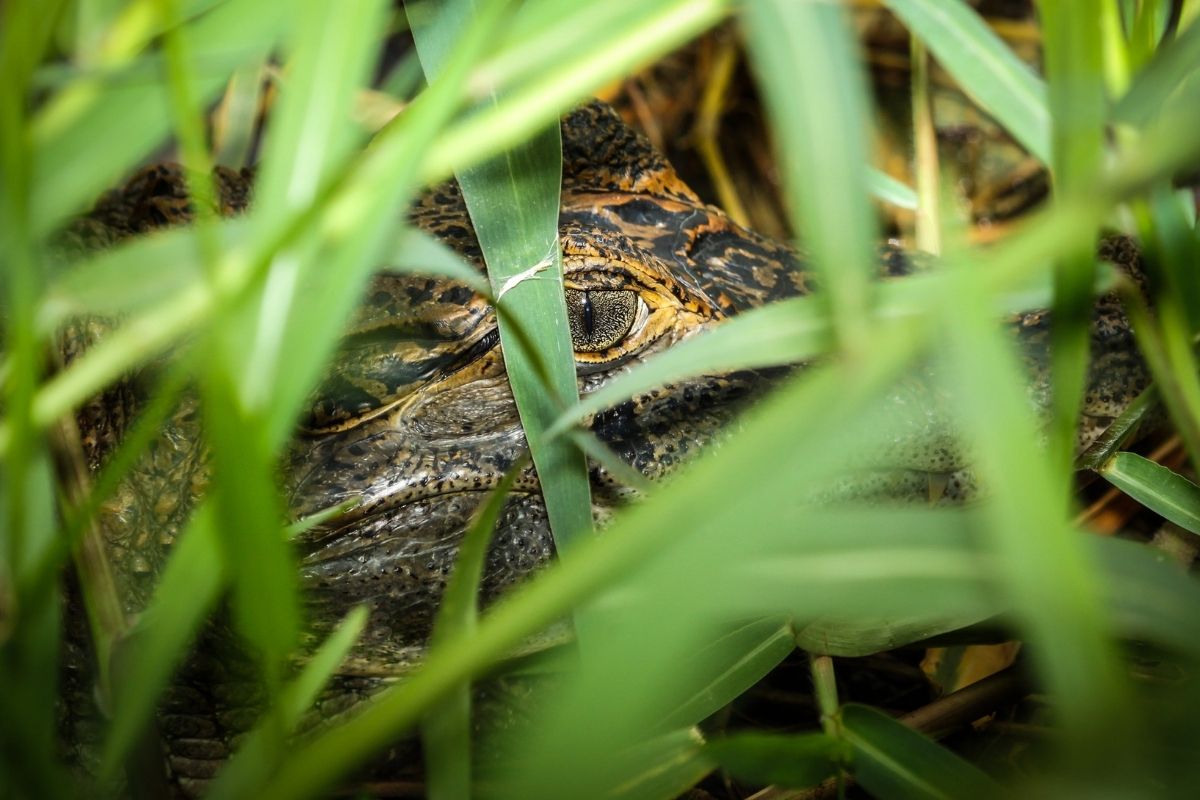 A strong supporter of tourism for Trinidad and Tobago, Brendan recently looked down from the mountains upon an idyllic bay to see a large solitary yacht at anchor, assured of the privacy afforded by the islanders. Anchoring is free within the inlets and bays and yachts are warmly welcomed, without the pressure of traders selling their wares more typical of other Caribbean islands.

To visit the islands of Trinidad and Tobago is a joyful experience and if you like to party then the Carnival of these islands is not to be missed. For others it’s a colourful land of discovery, blessed by nature and the spirit of its people.