Meet Hazel Prior, Author of Away with the Penguins

Author of two best-selling novels, Ellie and the Harp Maker and Away with the Penguins, we sit down with Hazel Prior to discuss her background, the inspiration for her well crafted characters and, of course, why penguins? 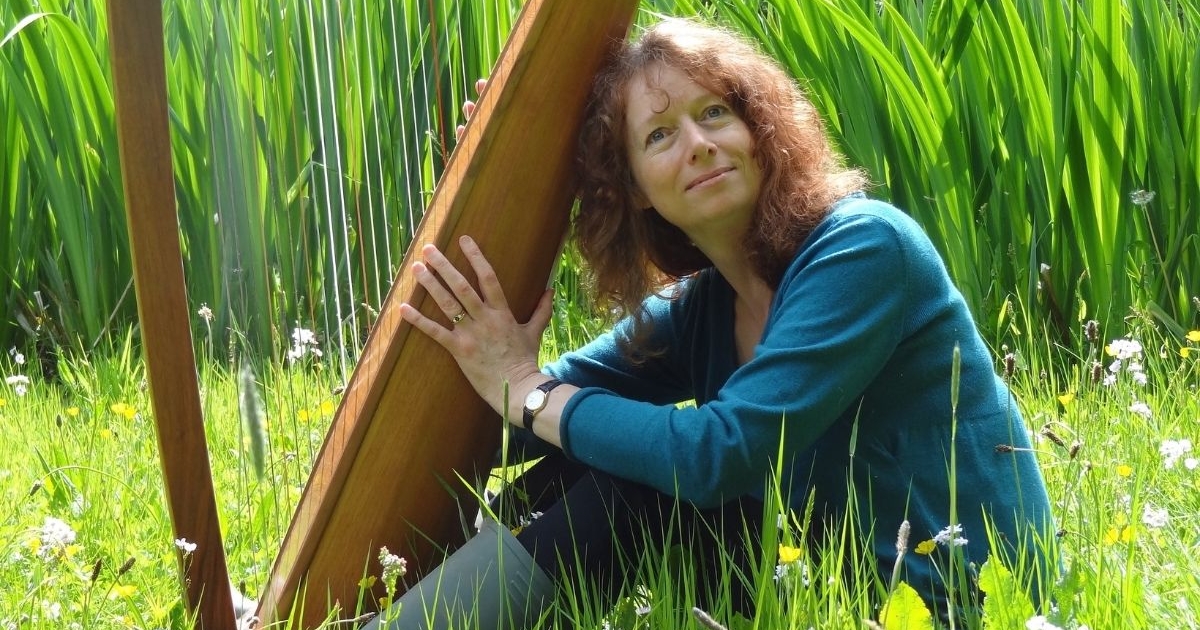 Hazel Prior is the author of two bestselling novels – her debut being Ellie and the Harp Maker and Away with the Penguins (UK title) or ‘How the Penguins Saved Veronica’ (U.S. title).

She lives on Exmoor with her husband and a huge ginger cat, Purrsy.  She’s had an eclectic background with a variety of careers, but more on that later. As well as writing she works as a freelance harpist.

Her latest Number 1 bestseller and Richard and Judy pick involves a crotchety old lady, the continent of Antarctica and lots of penguins.  I loved the novel and when offered the chance to interview Hazel, I jumped at it.

It’s been a pleasure to research this and discover more about the author.

Hazel plays the Celtic harp and is self-taught. I wondered what made her want to start creating fiction.

Playing the harp and writing a book were both dreams that I never expected to come true. I first started the harp as a young adult and really pushed myself. It took me a long time before I was comfortable with it, especially playing in public but I loved it all along.

Something similar happened with my writing. I’d always enjoyed writing for pleasure and I remember telling my friends at school that I would write a book one day. That day didn’t come until my late forties! I’d worked in many other roles by then, from teaching foreign students in Italy to working for the National Trust as well as my music. I think all these life experiences gave me confidence and made me realise I had something to say… but I wasn’t quite sure, yet, what that something was.

The amazing thing about stories is the profound truths they can put across whilst simultaneously providing entertainment. Creating characters and situations is a wonderful process of discovery for me. When I’m working I often surprise myself with a new realisation. I feel very privileged that I have the opportunity to share these inner thoughts and imaginings with my readers. Like the music, it’s a very deep and personal form of communication. 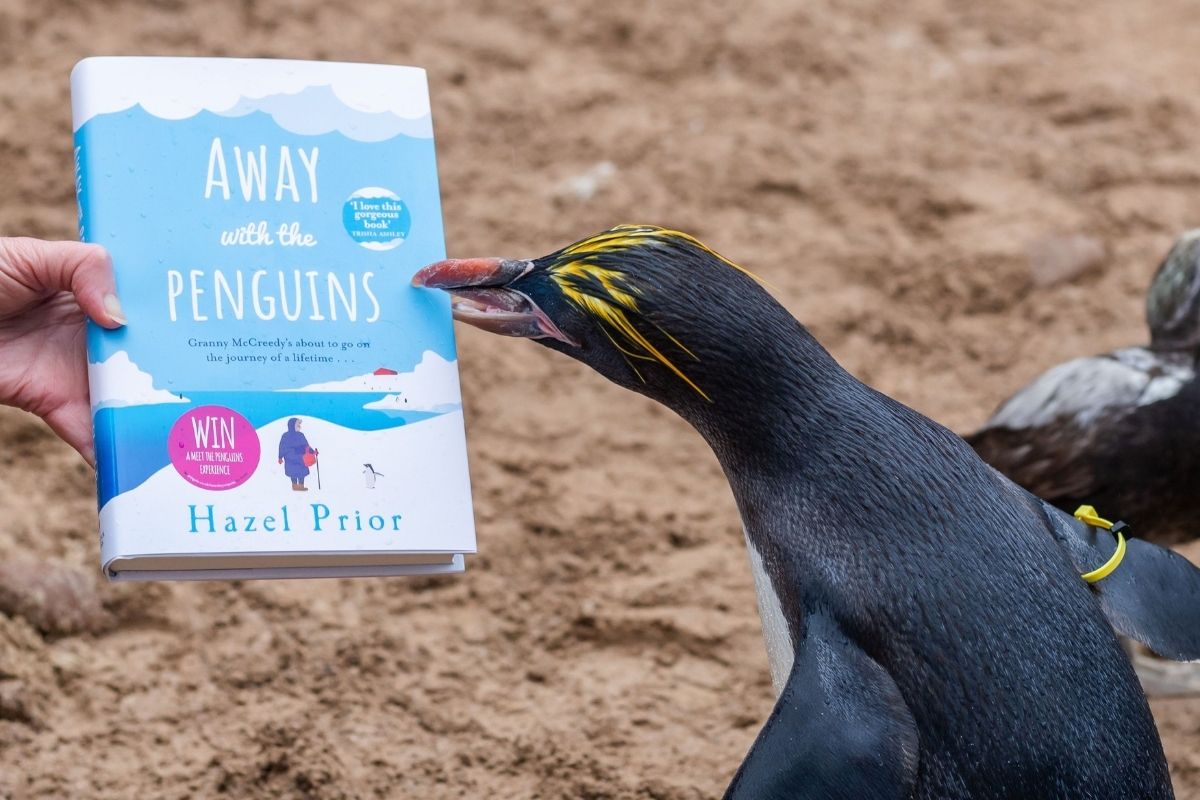 Without giving too much away, Hazel’s novel obviously features penguins, as we can tell from the title, and also Antarctica. I wondered what her research process involved in order to accurately portray the icy continent and their furry inhabitants–had she been lucky enough to visit?

I’m afraid I haven’t been to Antarctica, although of course I did research it very thoroughly for the book. I almost feel I’ve been to the South Shetlands, the group of islands off the Antarctic peninsula where the story is set. I’ve read a lot of blogs on the British Antarctic Survey website which were written by scientists studying penguins and I’m intrigued by their lifestyle. It would be fantastic to travel to that part of the world myself one day – or indeed any country where there are penguins.

Penguins are the animal protagonists of the story and I wanted to know what compelled Hazel to base a whole novel around these creatures.

I’ve always liked penguins (doesn’t everyone?) but I’ll be honest, the first reason they came into my head for this book was that I had a contract with the publishers – Penguin. Secondly, I have a close friend who is crazy about penguins and she has an inspirational story of her own. Several years ago, her husband died very suddenly but she found an unusual strategy for dealing with her grief: she decided to travel around the world and take photos of every species of penguin in its natural habitat. She’s gained enormous joy and solace from her penguin trips, and this made me think about nature as a healer.

One of my own strategies for dealing with grief, illness or hardship is to turn to books and I know that many people do the same. For this reason, I always want my writing to be uplifting in some way, so I show characters that face challenges but manage to overcome them.

Hazel and Yoyo, her penguin friends - Image by Living Coasts

As I started to research penguins, I realised that I had chosen exactly the right creature for this purpose. Penguins set us a wonderful example; they live in the harshest conditions on the planet and yet face their daily challenges with incredible cheerfulness, determination and gusto.

Penguins are also significant when it comes to green issues; scientists study the fluctuations in their colonies because they give a gauge of key environmental changes. In writing this book I’ve touched on some of the devastating effects of climate change. My job as an author is to entertain, and Away With The Penguins is not a heavy read, but environment is one of the important underlying themes.

My own experience with real life penguins is limited to sea-life centres in the UK. However, I’ve made particular friends with this hand-reared penguin called Yoyo, who liked the book so much he wanted to eat it!

Due to the pandemic, Yoyo from Living Coasts in Torquay, which has had to close, has been re-homed in Wales.

I found Hazel’s sense of place and character really well honed throughout, making it easy to empathise with all the characters.  She perfectly captured the grumpiness of a lonely old woman – in this case Veronica – who won’t allow anyone in and is very closed off and guarded, so how did Hazel gain this insight?

Thank you so much! I’m glad Veronica comes across well. I wanted an older character for my heroine because I hugely admire the determination of some of my acquaintance who keep having adventures in later life. For example, I am teaching harp to a 99 year old and my neighbour’s father took up sky-diving in his 80s!

I didn’t base Veronica’s character on anyone I know though (I hope!) she’s not like me. I wanted a bold, memorable heroine and her distinctive voice came to me quite quickly. Then I started to think about her past and how she came to be so disillusioned with the human race. It’s curious how a character becomes more and more real in a writer’s head, and it often feels as if this is something that’s ‘given’ to you rather than something you’ve created yourself. I think it really comes from spending much of your life observing other people and wondering what makes them tick. 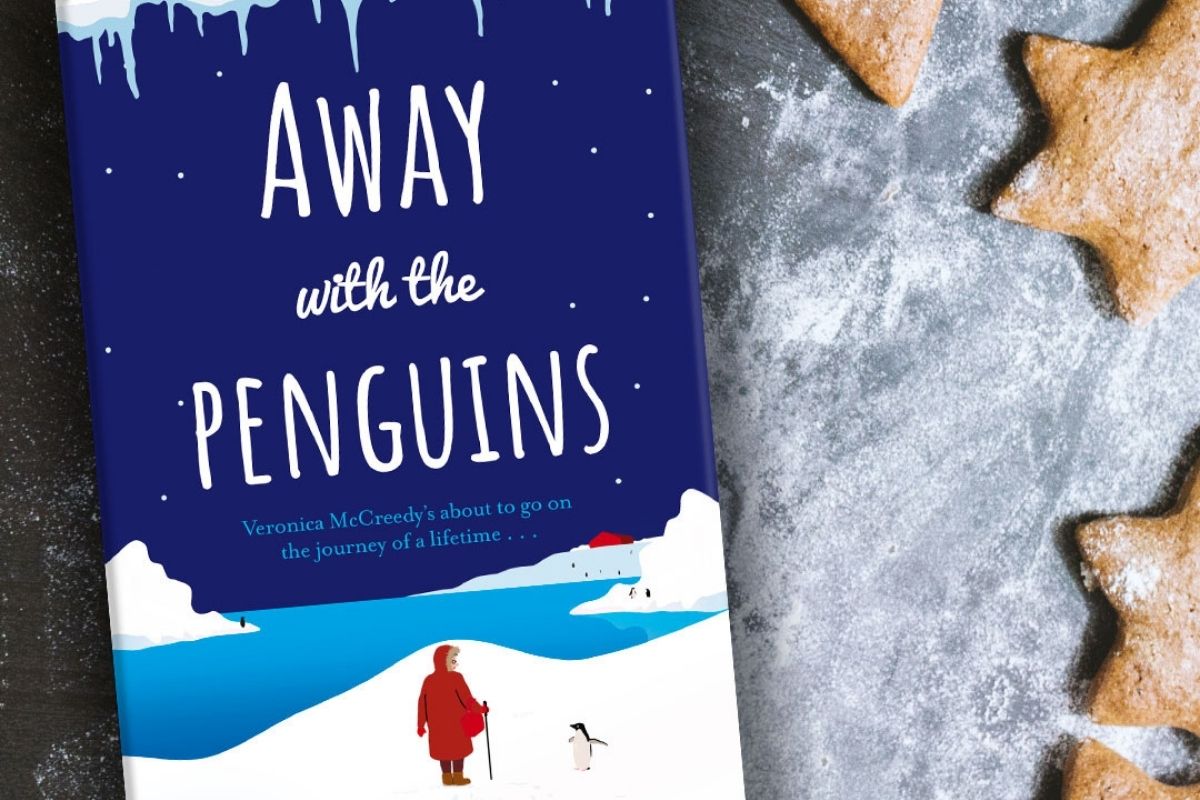 There are other lovely quirky characters in the novel; Veronica’s grandson, the three scientists at the field base on Antarctica and even Veronica’s housekeeper who loved the choir. Who was Hazel’s favourite character to portray and why?

Definitely Veronica, although I very much enjoyed Eileen, her cheerful housekeeper and her grandson, too. I loved having the scope of writing about Veronica both as a teenager in wartime Britain and as a stubborn octogenarian. I relished writing her harsh judgments of everyone at the beginning, and then unpeeling the layers to reveal her past and her softer centre. It was fun taking her on such a big adventure and watching as her heart begins to thaw again among the penguins.

I loved how Hazel delved deeply into the emotions of her characters. I wondered how easy this was and if particular surroundings were useful for this purpose?

I do spend a lot of time ‘delving’, it’s true. Some characters come a lot more easily than others, and I’ve found this with both of my books. Dan in Ellie And The Harp Maker just magically appeared and as each scene unfolded I knew how he would feel and react to events. I had to work on Ellie much, much harder. In Away With The Penguins it was Veronica who I understood straight away and Patrick, her grandson, who was more difficult. When I am working on characters I try to get away from the screen and jot down notes with a pen and paper. Most of all, I go walking in the countryside. It’s amazing how this clears the head and helps with almost every aspect of the creative process.

In the US, the novel is called ‘How the Penguins Saved Veronica’ and they certainly did – one penguin in particular.  With Veronica being such a hard person, why was it penguins, do you think, that finally managed to get through to her?

Veronica first takes a liking to penguins because they are featured on a television documentary presented by one of the few people she admires. She no longer trusts humans because of her history, but she will still allow herself to be enthusiastic about animals and birds.

What Veronica’s tragic experiences have given her–along with certain prejudices and a fear of forming close relationships–is resilience. This resilience is perhaps one of the reasons she’s so drawn to penguins; like Veronica, penguins are feisty and stubborn. They defy harsh conditions and refuse to be beaten. But unlike Veronica, they communicate and cooperate. They live in a vast community and do everything together. Ever since Veronica’s teenage tragedies she has remained closed to human contact–reflected in the novel by her obsession with keeping doors closed. As she witnesses the penguins’ mutual support system, Veronica begins to realise what has been lacking in her own life. Penguins are the perfect teachers for her. 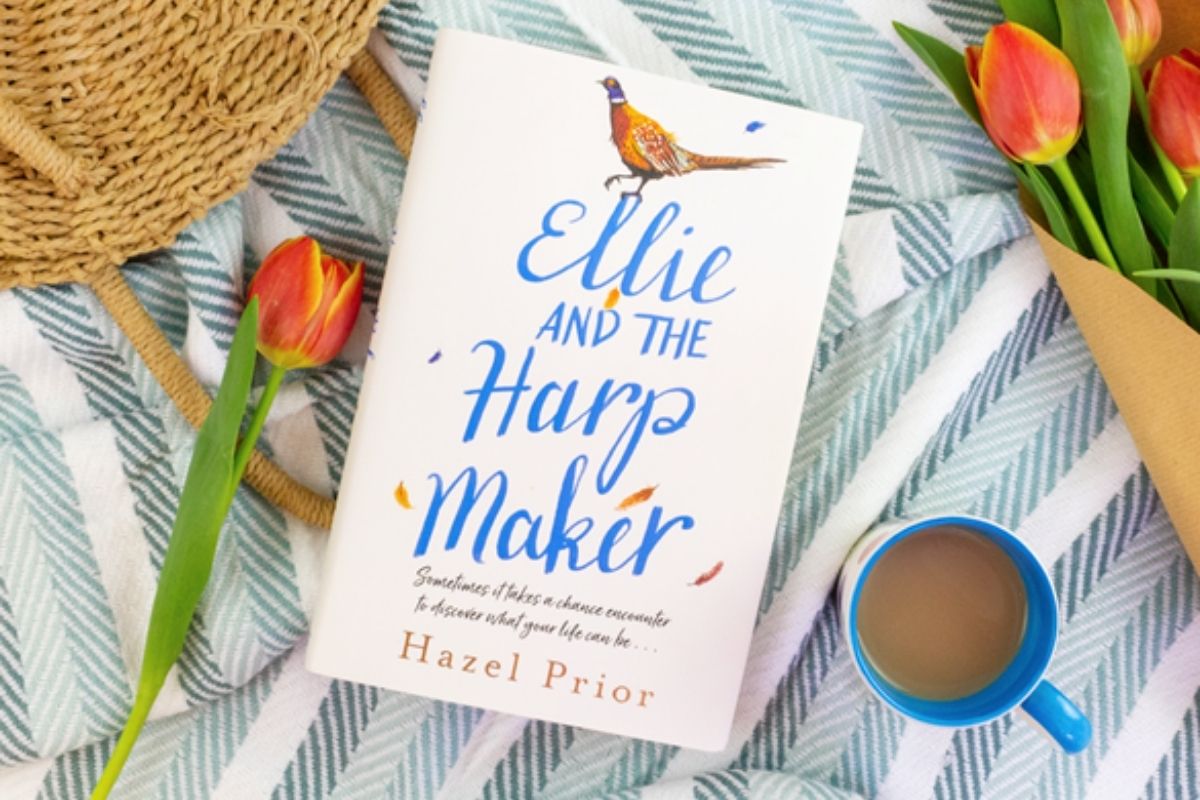 Ellie and the Harp Maker was Hazel's debut novel

My first instinct is to say I love birds because they sing and they fly. However, neither penguins nor pheasants are good at singing and penguins can’t fly at all! I am a great admirer of wildlife generally and find it fascinating, but I think I picked on these particular birds because they are so quirky and charming. Both interact well with humans, which is important for my narratives, and they are also a very integral part of the setting for each book. Exmoor wouldn’t be Exmoor without the pheasants and Antarctica wouldn’t be Antarctica without penguins.

I would love a hint to Hazel’s next novel and if any animal will be portrayed.

I’m working on my third novel now and although I’m not allowed to tell you, yet, what that will be about, I will say it features some of the characters we’ve already met. As for future novels, I’m a huge fan of cats and I think it’s inevitable a cat will star sooner or later. I also have otters and elephants at the back of my mind. We’ll see.

Thank you very much for your time Hazel, and for introducing us to the world of penguins and writing such a heartfelt, gentle story.  It’s exactly what’s needed these days.

Thank you so much for having me. I am delighted you have enjoyed spending time with Veronica and the penguins!

Into The Blue: Exceptional Adventures with Rodolphe Holler

Alex Rogers of REV Ocean is Saving the Seas