Shipyard Stories: How Silent-Yachts Became the ‘Tesla of the Seas’

A true sailor at heart, we speak to CEO and co-founder Michael Köhler about how – and why – he and his wife Heiki pioneered a new era of solar-powered boating. 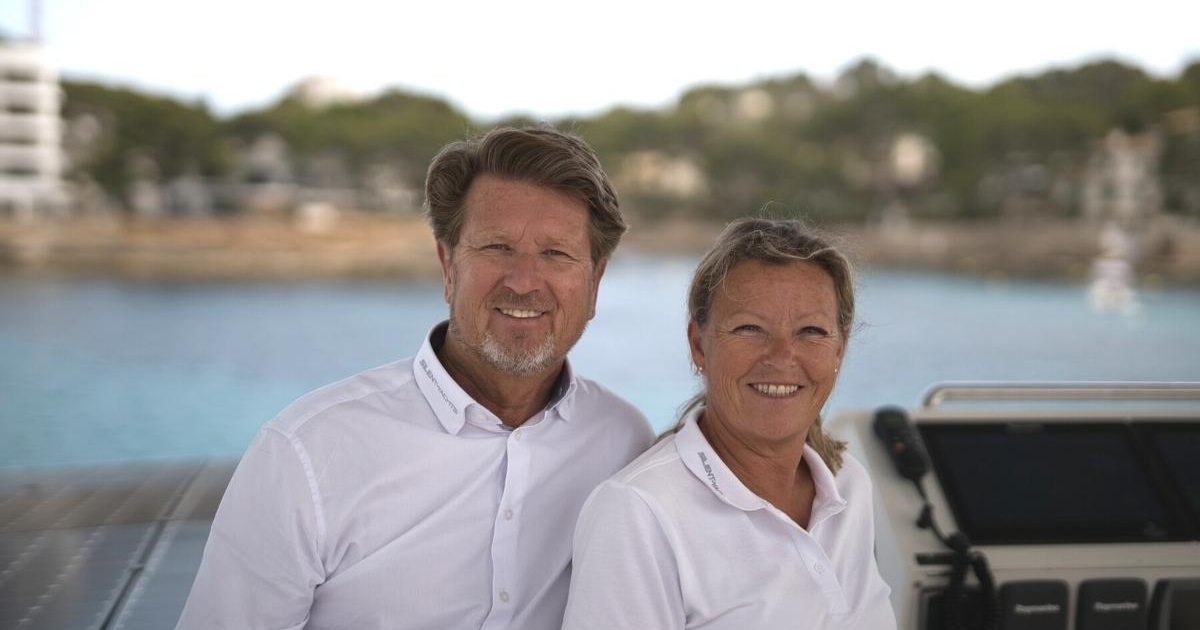 Picture the scene. You sail into a beautiful cove, the water sparkles with the reflection of the sun, not greasy oil film, and it’s totally silent, except for the gentle lapping of waves. After a fun day of enjoying water toys, it’s still hot outside so you recline in an air-conditioned room. The next morning, you depart without leaving a trace on the environment. Seamless, guilt-free zero-impact boating. This is what Michael Köhler is trying to accomplish at Silent-Yachts, the first company in the world to build luxury catamarans powered by solar energy.

Köhler founded Silent-Yachts in 2009 with his wife Heiki – both “sailors at heart” – based on a vision to build the globe’s most innovative and self-sufficient yachts. “It is our mission to create an independent and environmentally-friendly yachting experience which combines the silent cruising of a sailing boat with the luxury of a motor yacht,” he says.

Since buying his first sailing yacht at 18 years old, Köhler has spent over 6,000 days at sea and sailed over 75,000 nautical miles across the globe. It was during these trips that the couple developed the idea for the company. 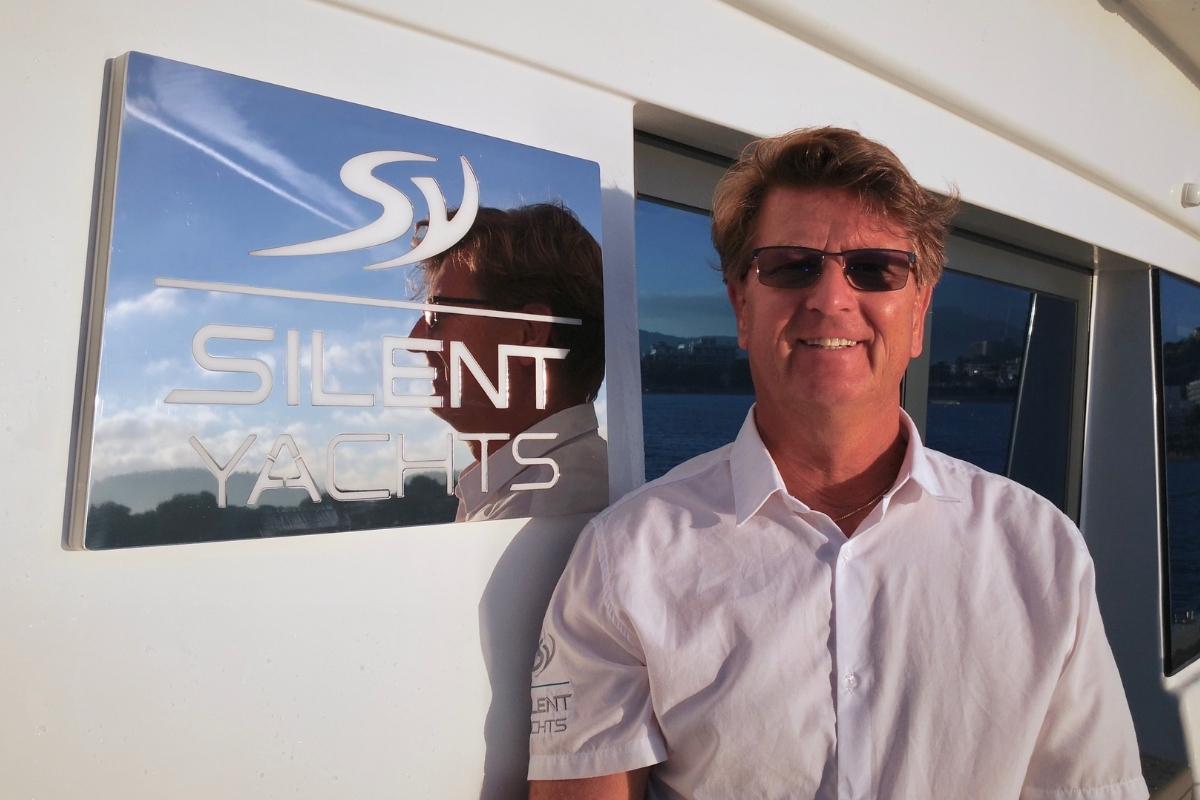 “As much as we loved sailing and the ocean, we kept facing the same issues over and over,” he says. “With a sailing boat, we were always dependent on the wind, and a lot more often than we wished, we had to start a diesel motor in order to get us to our destination or to produce power to run the onboard appliances. With a motor yacht, on the other hand, we were always burning completely irresponsible amounts of fuel simply polluting the oceans and damaging the environment. Heiki and I thought there had to be a cleaner and more reliable way to provide yachts with energy without sacrificing any of the luxury.”

A brand is born

Michael and Heiki settled on solar power because in most yachting destinations, the “sun is more reliable than the wind.” In 2009, they showcased their first prototype, the Solarwave 46 Cruiser.

The following year, the duo embarked on a four-year sea trial across Europe, encountering rainy and snowy conditions without needing to use a diesel generator – Köhler says they only used it in the fourth year to prevent it from becoming rusty. “At the end of the season, we actually pumped out the remaining diesel from our tank, which only contained 80 litres, to use it in our car,” he adds. 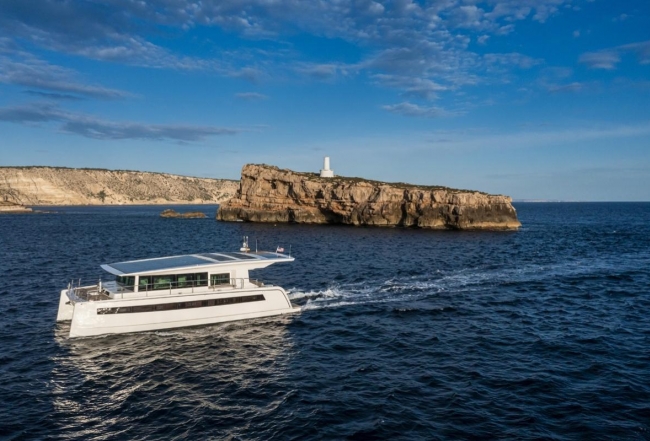 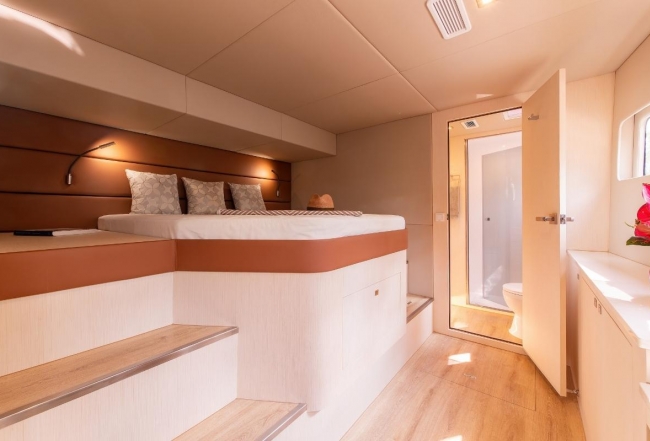 The company grabbed headlines – and awards – around the world, and some media outlets began calling the company the ‘Tesla of the seas’.

And 2022 is another momentous year with the launch of the Silent 80 coming in winter following sea trials in spring, and the premier of the first Silent Tender T400 at the Cannes Yachting Festival in September.

The Silent 120, an explorer boat launching in 2024, will take the concept to another level. The yacht has over 4,000 sq ft of space, a helipad, and room for a submarine and tenders. “The 120 offers unprecedented comfort,” Köhler says. “Of course, many other big yachts offer a lot of luxury, but we can offer it without running the generator. That’s the big difference. For me, the real luxury is not to be forced to run the generator while you have the air con on.” 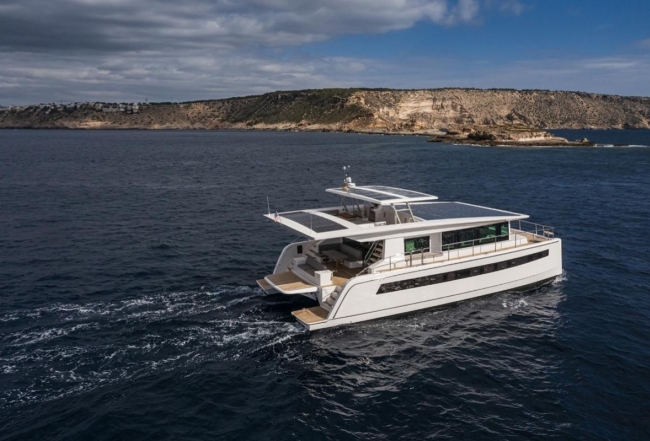 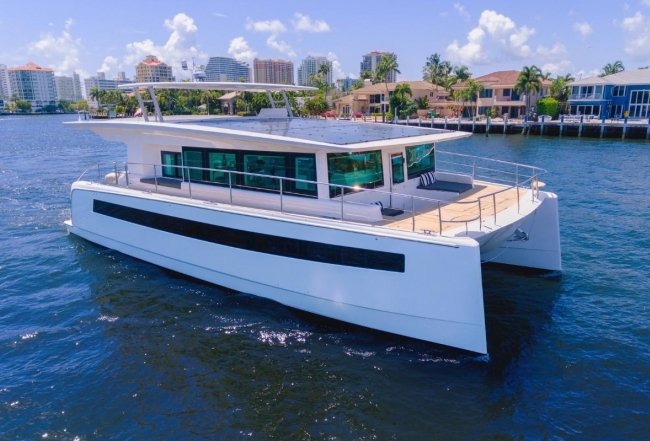 All of the Silent-Yachts’ models feature the same signature solar technology. “The unique thing is that our boats do not require diesel engines for the propulsion – the whole system is powered by solar,” the CEO says.

Explaining how they differ from the sailing yachts of his youth, Köhler says: “With the energy we get from the solar panels, we can cool beer, cook spaghetti and grill a steak, but with the energy you get from a sail, you can only move the boat. And when you’re at anchor, the sails don’t produce power, but the panel does.”

The panels work by producing power which is stored in giant lithium battery packs below the deck, which the crew can tap into day and night when the sun isn’t shining. It’s then used to power the propulsion systems and all of the yacht’s appliances, including water toys.

Unlike electric-powered boats, you don’t have to stop and charge a Silent yacht. In fact, the boats have the capability to cruise with unlimited range and zero emissions – you could keep going indefinitely in ideal conditions. Well, at least until the panels (which come with a 25-year warranty) falter.

Silent-Yachts are also, as the name suggests, silent. Köhler admits they often surprise other captains who awaken to find her anchored next to them after noiselessly sailing into a bay overnight. 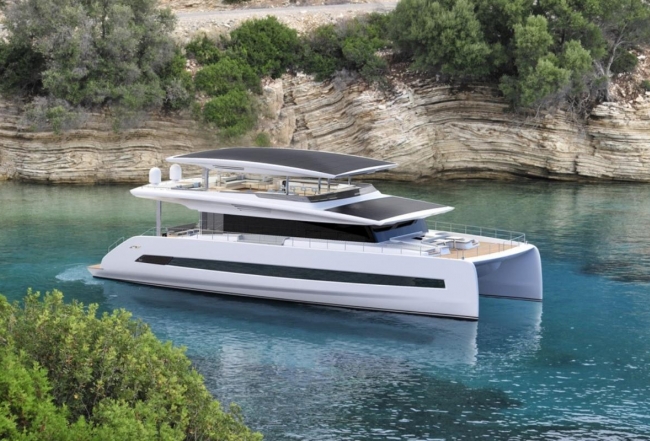 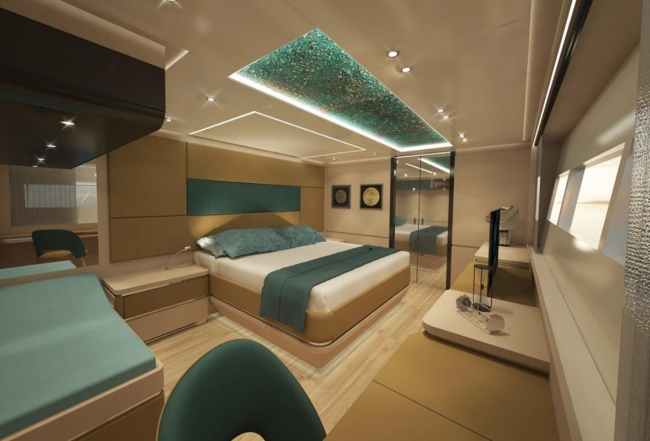 Quiet cruising was one of the original instigators for the project, he adds. “I hate loud engines and noises. It’s terrible when you’re in a silent bay surrounded by 20 boats and one starts a generator. It’s even worse seeing oil film on the water. I want to enjoy being on the sea but I don’t want to ruin our planet. We wanted to find a way that gives us the same possibility to sail but without consuming fuel.”

Silent-Yachts is headquartered in Austria and has production facilities in Italy and Thailand – in 2021, it increased its production space to over 430,000 sq ft in response to growing demand. Clients, who are mostly in North America and Europe, tend to be “typical techies” and early adopters of new technologies – several clients are, perhaps unsurprisingly, Tesla owners.

Silent-Yachts also attracts first-time yachties who’ve been looking for a ‘green’ alternative to a motorboat but are not interested in learning how to sail.

“It’s amazing to see something that literally started with us experimenting with solar panels over a decade ago become this international project,” Köhler says. However, he is quick to move away from the idea that Silent-Yachts is the sustainable saviour of the industry. “We are well aware that we are a luxury yachting company,” he says. “We are not pretending that we will be saving the oceans and the world with our yachts because, quite frankly, we will not. But if you are like us and you want to enjoy your passion for sailing and for yachting and you want to do so in a sustainable manner, we really believe this is the best way to do so.”

Köhler and the team already have their sights set beyond boat production, with the development of solar-powered Silent-Resorts and Silent-Marinas. “The Silent group wants to spread its wings across other industries,” he says. “We have the technology to power a private villa, a hotel, a restaurant or even a bay. This system works on land as well as sea so it makes sense.”