Expedition Yachting: A Passport to Everywhere with Sven Olof Lindblad

Stepping on board the newly refitted Hanse Explorer in Bremen at the invitation of EYOS Expeditions, it was a double whammy to be greeted by the owner himself. 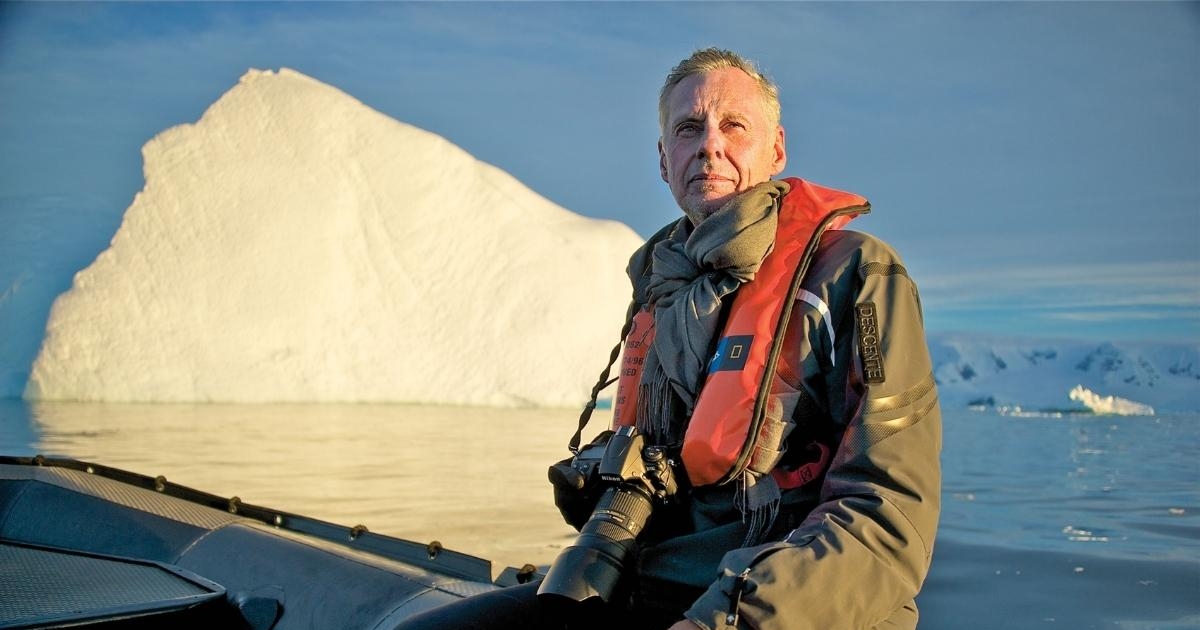 It wasn’t announced, but it was soon obvious that Sven was none other than Sven Olof Lindblad whose pedigree in such circles needs no introduction. After welcome drinks and a hearty debate about the difference between a boat and a ship, the stories continued around the table as we set sail.

With six journalists on board there were many questions and many laughs as we caught a glimpse of the man behind the mission.

Your father, Lars-Eric Lindblad, was a true pioneer of private expeditions – what inspired him?

He was an extraordinary man, he wanted to be an explorer. In those days, in the 40s, and 50s, you had to be rich, or have a patron as an explorer. His heroes were Swedish explorers, people like Sven Hedin, my namesake. He considered becoming a missionary to see the world, but he wasn't religious, so he ended up in the travel industry in order to explore the world, turn it into a business and then take other people. He literally opened up the world, pretty much everywhere we take for granted now: Antarctica, the Arctic, the Amazon, much of Africa, Indonesia, Egypt, Galapagos. The people who accompanied him as speakers and leaders were some of the most extraordinary people on the planet.

Eventually the Lindblad Explorer became the private expedition yacht of its day – when you look back it was basic compared to now, but it attracted a lot of A list celebrities, business leaders and eccentrics, so it was a big deal. 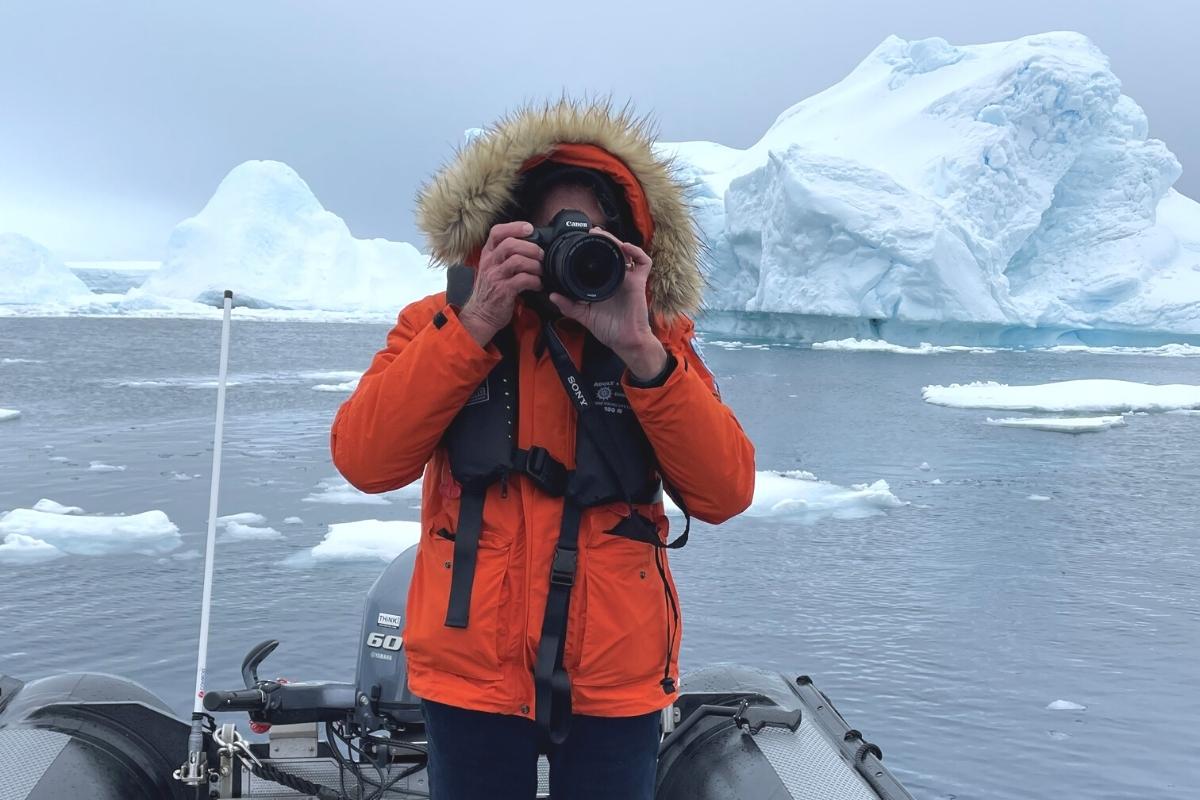 In 1979 you founded Special Expeditions, now Lindblad Expeditions, taking the market to a whole new level – what did you do differently?

We’ve expanded it dramatically. But people ask what's the difference between your perspective and your fathers? There’s not a lot of difference. We've modernized it, but if you read his book, ‘A Passport to Anywhere’, you will find a most curious mind wanting to share the wonders of our planet with others. Hopefully we continue the legacy.

Why is travel so important?

I really think it opens people's eyes and gives people the opportunity to have a wonderful time and learn things that they can't possibly learn in any other way.

The reality is, we expend energy on things that we understand, the things that we care about, and travel creates an opportunity to develop understanding, and to develop interest and care. As a consequence you're motivated differently; what you put your energy into changes. I became a conservationist because I lived in East Africa. One day I went out and I saw 59 rhinos in a place called Tsavo National Park, which had the largest population in the world. Ten years later, I spent a week there and didn't see one, because they'd basically been slaughtered. At that point, I realized that man has way, way too much power.

During that time in East Africa, I also connected with naturalists, scientists, national park wardens and, as far as I was concerned, I wanted to spend the rest of my life trying to figure out how I could combine a business ethic (it's really important to be successful because if you're not, nobody cares and nobody pays attention) and at the same time, be able to further my interest in having people care more deeply about the environment, culture and history, but primarily, the environment.

I am absolutely convinced that taking people exploring, giving them a great experience and having a conversation about some of the challenges that we all face, is a really good combination that changes people's lives, and it’s often incredibly meaningful. We’ve raised millions of dollars from our guests to support conservation education. 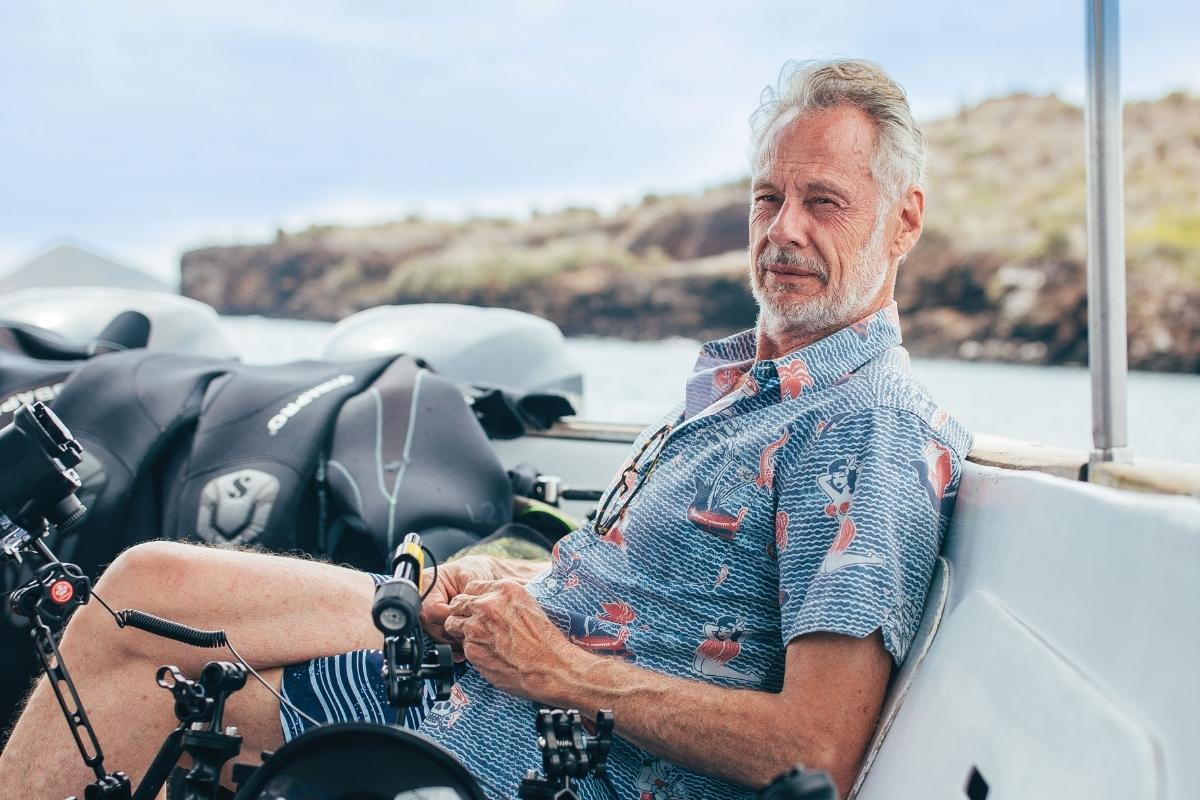 In 2006 you joined forces with National Geographic, how did that come about?


National Geographic’s tagline was ‘the world and all that’s in it’, and their purpose was to disseminate the world from an archaeological, historical, natural perspective through its magazine, website, TV show etc. So, I went to the CEO and said: ‘You represent the world and all that’s in it, we represent taking people there.’ We have a natural reason to be partners and he agreed. We’ve had a wonderful relationship since 2006 and we collaborate in a variety of ways. They have a huge Rolodex of explorers, scientists and photographers who we collaborate with and we have a joint conservation and education fund which channels 1.5 to 2 million USD annually to an array of projects around the world.

What do you respond to critics who say this type of travel is not sustainable?

This is a question I’ve faced 100 times or more and I'm personally known for really caring about this. For example, in 2008, I took one of our ships and I brought a whole host of people up to the Arctic including Tom Daschle, Jimmy Carter, Madeleine Albright, Larry Page, Ted Turner, the CEOs of Dupont, Monsanto and a number of preeminent scientists around climate change. The idea was to focus on how you deal with climate change across sectors but unfortunately the economy then tanked in late 2008 and climate disappeared from the agenda until more recently.

In this case, it brought together a group of people who typically don’t spend time with each other. They had a shared experience, they developed some interesting strategic ideas about how they would approach this subject going forward, and they committed to individual projects. One of them was to bring the entire US Senate into a forum with National Geographic to talk about their experiences and try and encourage a greater level of commitment to address the seriousness of climate change, but all that energy died because of the economy. I was also very distracted with the consequences of economic implosion because it almost killed our business.

Most of the ideas have since evolved in totally different ways. The original commitments disappeared, but bonds were formed, and when I run into these people at an event it’s almost like we're brothers and sisters that had this shared experience; there’ a strong gravitational pull. How that has manifested itself over time is hard to pin down.

As a company, a couple of years ago Lindblad Expeditions decided to go carbon neutral; years before that we eliminated single use plastics, introduced sustainable fish and, as much as possible we source all our foods from local suppliers. Sustainability is deeply ingrained in our culture as a company and one of the things I find is that employees feel really good about who they're working with. That's important because it translates into better service and a greater interest in these concepts. I think companies often underestimate the value of such behaviour as a positive component to business.

Where do you think the travel industry is headed?

As human beings we need to change our behaviour. We have a very troubled relationship with the planet and that's going to have grave consequences. It’s devastating for our children and future generations, and we've got to figure this out.

On a personal level, I look forward to having more time to focus on the impact of the travel industry. I want to use my reputation in a positive way. I'm not exactly sure how yet, but last May I decided to take six months to a year to really think through how I would navigate the rest of my life, often handing over the reins of CEO.

How do you choose destinations for Lindblad Expeditions?

We have an immense amount of knowledge between us, National Geographic and a whole host of relationships built over 40 years. When it comes to the Hanse Explorer, we can leverage that knowledge.

There are many options depending on someone’s interests. This is the first question we ask anyone looking to charter a boat, and then we can come back with ideas developed through solid boots-on-the-ground research to deliver the specific experience they're looking for. We’re also going to leverage the activity of Hanse for the benefit of Lindblad Expeditions, both in terms of reconnaissance and scientific research. 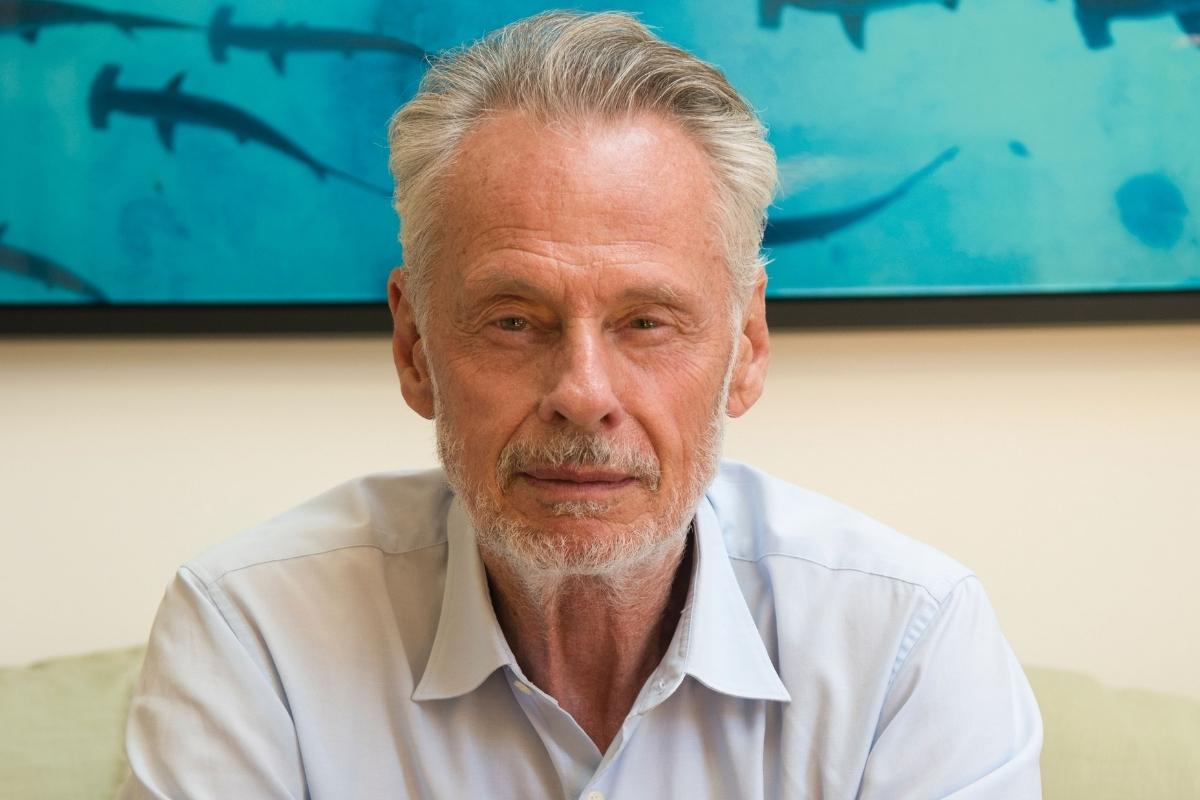 You also have to ask what is luxury these days? If people are going to spend a significant amount of money to rent a boat like Hanse Explorer, what do they consider luxury? Is it the size of cabins or the toys, or is it having a meaningful experience with people who really care about what they're showing you? Luxury isn’t something you can put a price on, it’s beyond money.

Is this why more and more people are interested in discovery destinations?

I don’t know if that’s why, but it's certainly addictive. John Muir famously coined the phrase ‘we need the tonic of wilderness tourism’, and I think we indeed do need more exposure to nature. Throughout history people have gone into the wild under moments of stress to center their brain. Roosevelt went to Yellowstone and Lincoln created Yosemite during the Civil War. There are countless examples of nature having this healing power.

We are now the first generation to recognize that we may in fact be losing our wildness. Some of us are terrified, and more should be. The question is, what are we doing about it?

How do you avoid high visitor numbers in fragile environments?

You have to hope that the broader constituencies care to avoid that. Tourism is a double edged sword; we all know that. I’ve spent my life rallying against mass tourism, but you can't stop it. We can attempt to direct it in more positive ways, but it’s a collective effort. Over the past few years I’ve become more optimistic. I went through a dark time when I thought we were totally doomed as a planet, but I think people are finally waking up and realising that we have this one planet. We need to change our behavior and there's greater energy around that than I've ever seen before. 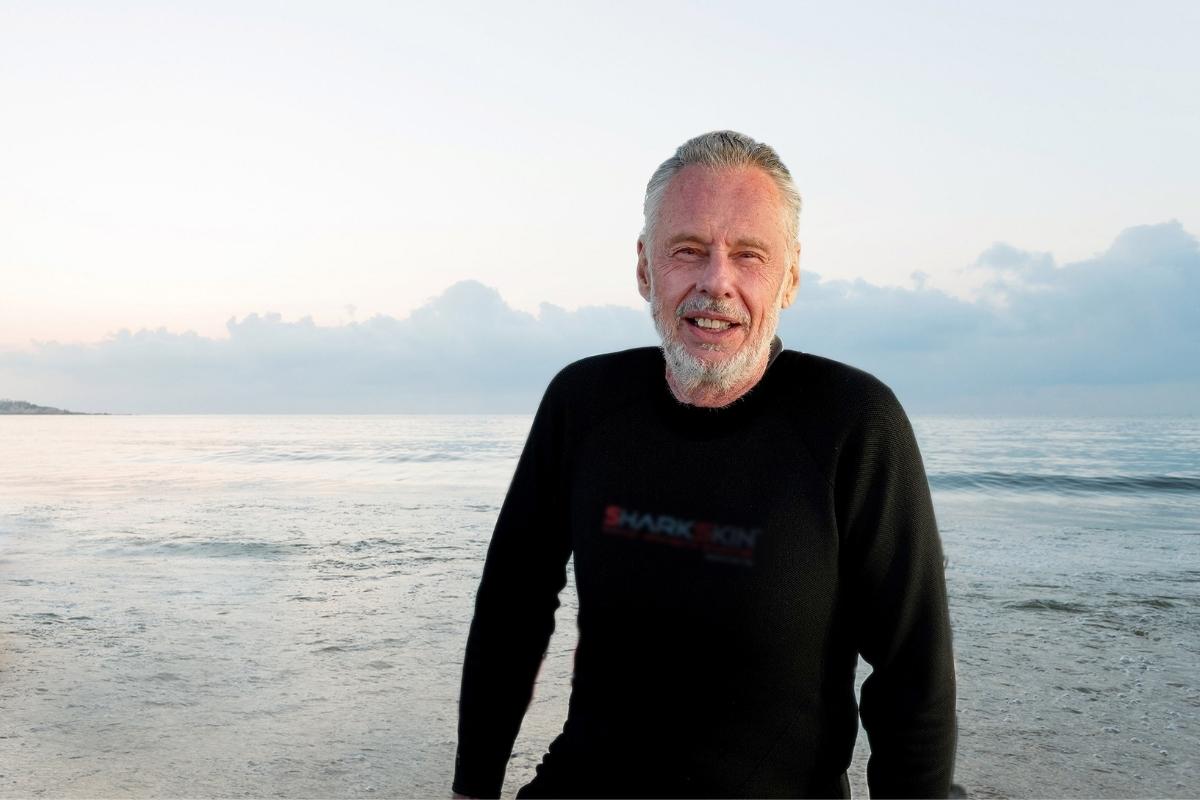 Do you see a shift across all generations?

I do. And I think youth are going to be critical because, at the end of the day, they've got to take responsibility. We screwed up their future and they have to grab it back, because they can't rely on us. I’m excited by anything that involves the power of youth, and our personal philanthropy is heavily focused on propelling the next generation.

Last year you purchased the renowned expedition yacht Hanse Explorer and she’s just completed a major refit – are you happy with the result?

She’s a fantastic ship and a highly capable platform for the geographies we will offer in partnership with EYOS in both polar and tropical regions. She’ll spend the next two winters in the Antarctic, and the summer of 2022 in the Pacific – we’re also discussing some exciting ideas for her deployment for reconnaissance and scientific research in the region.


Since this interview, Sven and Kristin Lindblad arrived in Antarctica aboard Lindblad Expeditions’ newest ship, National Geographic Endurance where Good Morning America/ABC News were broadcasting live for the first time ever.

As part of ABC News’ month-long climate change series that spanned seven continents, Amy Robach reported from Antarctica on board the new National Geographic Endurance, which features the first-ever polar newsroom and the first permanent polar art exhibit, Change.Here you can watch Amy Robach’s excellent coverage of her journey and the magic of Antarctica: ABC News Antarctica.

The Story of Hanse Explorer

Taking Superyacht Adventure to the Next Level with EYOS